“It binds to heparin to form a stable ion pair which does not have anticoagulant activity; on its own, protamine has a weak anticoagulant effect.” 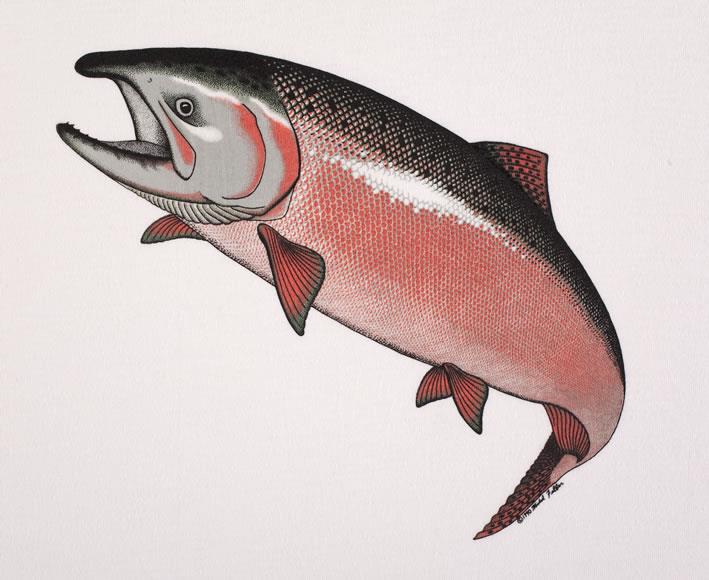 Protamine sulfate is a drug that reverses the anticoagulant effects of heparin by binding to it.

Protamine was originally isolated from the sperm of salmon and other species of fish but is now produced primarily through recombinant biotechnology. It is a highly cationic peptide. It binds to heparin to form a stable ion pair which does not have anticoagulant activity; on its own, protamine has a weak anticoagulant effect. The complex of heparin and protamine is then removed and broken down by the reticuloendothelial system. 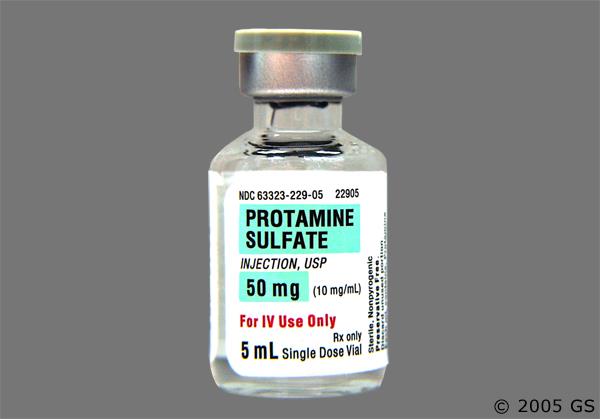 Following cardiopulmonary bypass with heparin anticoagulation, protamine sulfate is used to neutralize the effects of heparin and reverse anticoagulation.  Currently protamine is the only drug available in the United States that can be used for this purpose. Hexadimethrine bromide (Polybrene) and toluidine blue are for laboratory use only.

The method of determining protamine dose varies from center to center, but it is known that 1.0 mg protamine reverses 100 units of heparin. The method of determining how much heparin is on board at the termination of bypass also varies.  Some centers will use a standard 1 to 1 reversal of total heparin given.  Protamine titration is a more specific test and can be used if bleeding persists after protamine has been given.  Protamine should be administered over 5 minutes and slower if the patient has any signs of adverse reaction.

Most common side effect is hypotension due possibly to a histamine release and is accompanied by venodilation, reduced cardiac filling, and decreased systemic vascular resistance.

Studies have shown decreases in platelet count upon protamine administration.  Excessive amounts of protamine are not recommended due to increased postoperative blood loss.

Severe anaphylactic reactions may occur in some patients resulting in profound vascular collapse.

7.    Evaluate heart rate and rhythm.  May use pacer, ephedrine or atropine if bradycardic

8.    For hypotension without bradycardia, may use phenylephrine 50-100 mcg IV bolus

9.    Reinstitute cardiopulmonary bypass if no response to pharmacologic interventions

1.      Antihistamines  May be given prior to protamine administration:

5-6 mg/kg over 20 minutes with persistent bronchospasm.

A.    Patients with higher risk include:

(or those patients placed back on CPB after cardiopulmonary collapse may be offered any or all of the following options:)

1.    After loading with steroids, discontinue CPB.  Modified Ultrafiltration should very effective for this patient to remove cytokines and activated complement prior to attempting heparin reversal for the second time..

2.    The heparin reversal may be attempted or allowed to be broken down over time and the ACT allowed to come back to normal naturally.

3.    Protamine may be given by the surgeon into the left atrium thus allowing dilution and dissemination systemically prior to the AT III-Heparin-Protamine complexes entering the pulmonary vascular system.