The “Hot Shot” : A Layman’s Approach to Myocardial Protection 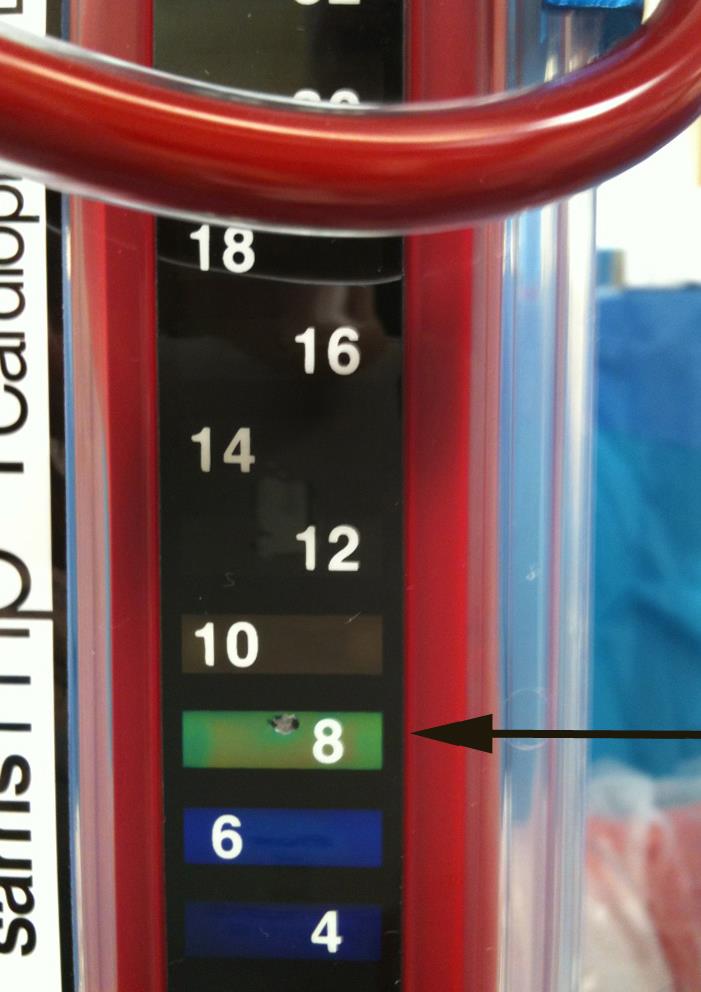 A Salient Point from a Perfusionist:

“I will give one good example of how a warm/hot shot worked for us. We finished up a normal 4 banger and before doing the proximals with the cross clamp on we routinely give a short hot shot, actually its room temperature shot, but I digress. The clamp was removed, calcium given….nothing.

The patient started to fibrillate and we shocked several times, gave Xylocaine, shocked some more, still fibrillation continues. I suggested to rearrest the heart with warm cardioplegia, this time at 37 degrees. We gave plegia at 1000 cc’s then washed it out with just blood for 200 cc’s and popped the clamp. The heart started to beat in NSR. We have done that on two other patients and had the same result. I am a believer in the hot shot.”

Ah yes.  The rare but not unanticipated request for a “Hot Shot” came up on the final leg of an aortic root replacement.

So depending on your cardioplegia circuit, and the point in surgery, a few quick but easy steps and decisions need to happen.

The first question that needs to be answered

Is what the the composition of the cardioplegia is-  in relationship to the operation.  Are you on the front end of an MI and need to give a quick retrograde dose to mitigate the damage from acute ischemia?

Or is it toward the end of a long case- and the intent is to wash out metabolites from intermittent pelgia dosing?

In other words- is it straight blood- or a K+ depleted, nutrient enriched- 4:1 mix?

The second question that needs to be answered

How are you going to get it warm and deliver it?

Do you have a separate heater cooler for your cardioplegia circuit- and if not- what is your plan?

Anyway, that’s what I was going to deliver, and no- I have a simple circuit (due to out national K+ shortage) requiring me to switch away from the very versatile MPS system (Quest), to a very reliable coiled system (MP4- Terumo).

So here are the steps: 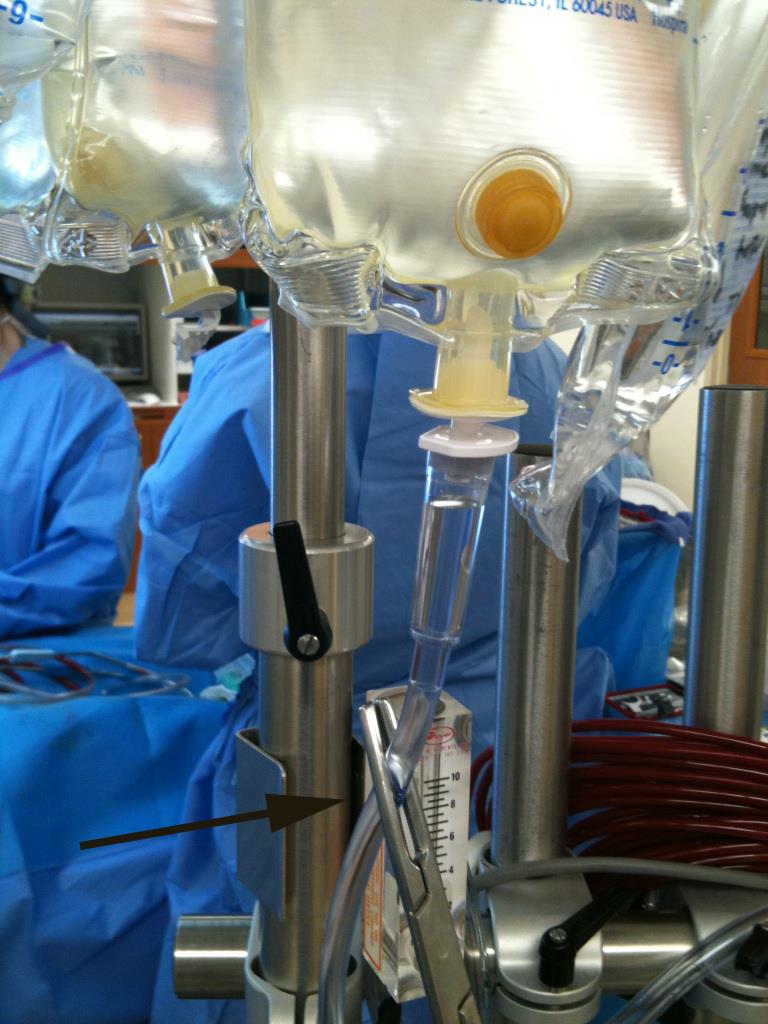 Clamp out your cardioplegia source… 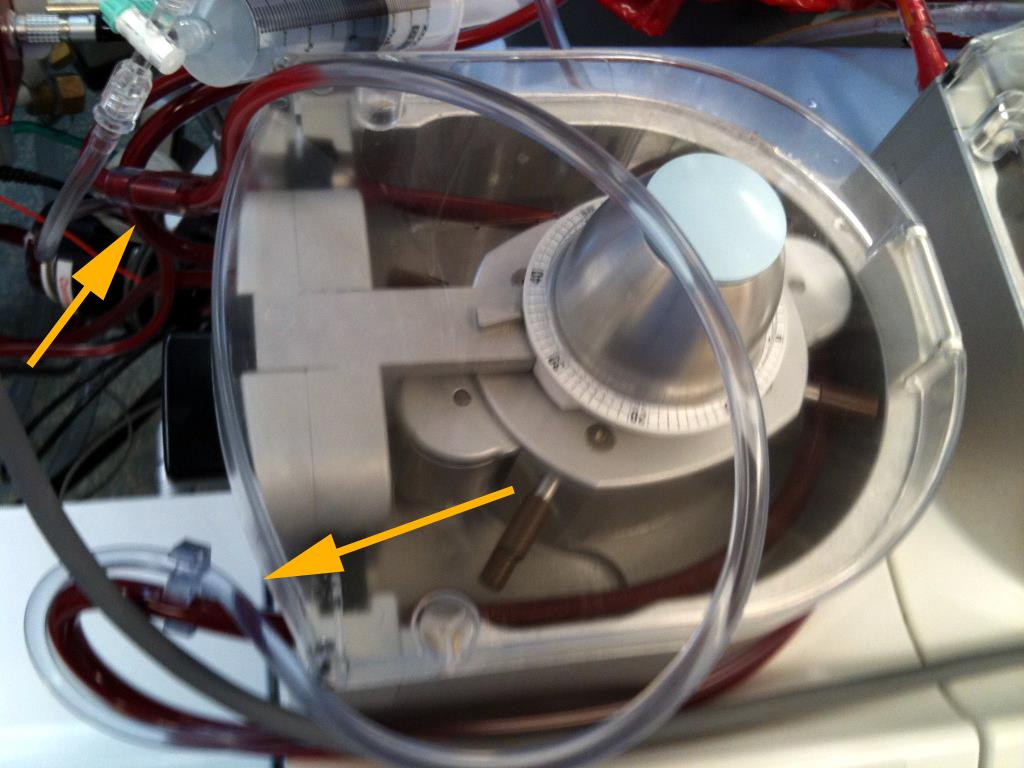 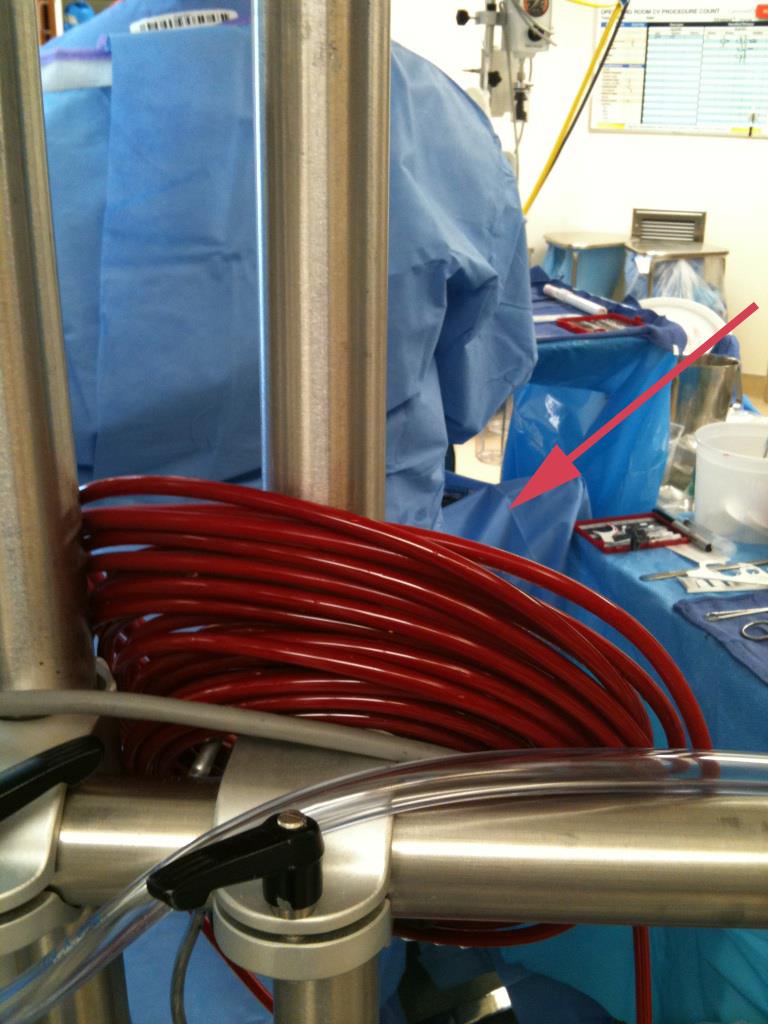 Remove your Plegia coil from your ice bucket- or cooling source 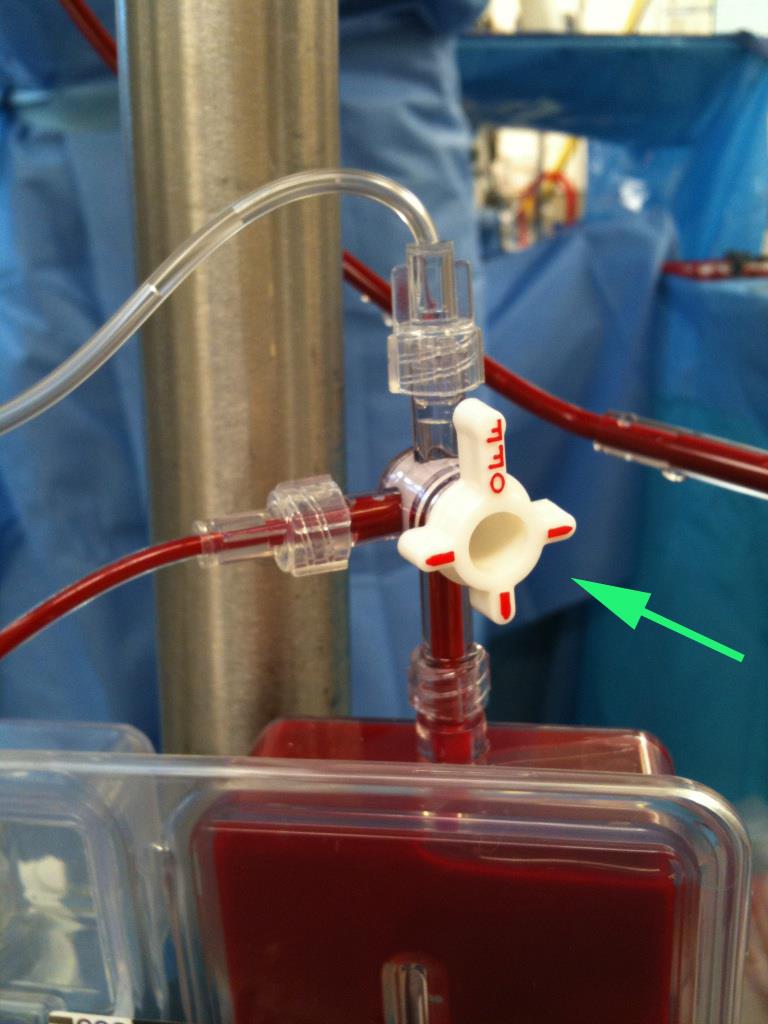 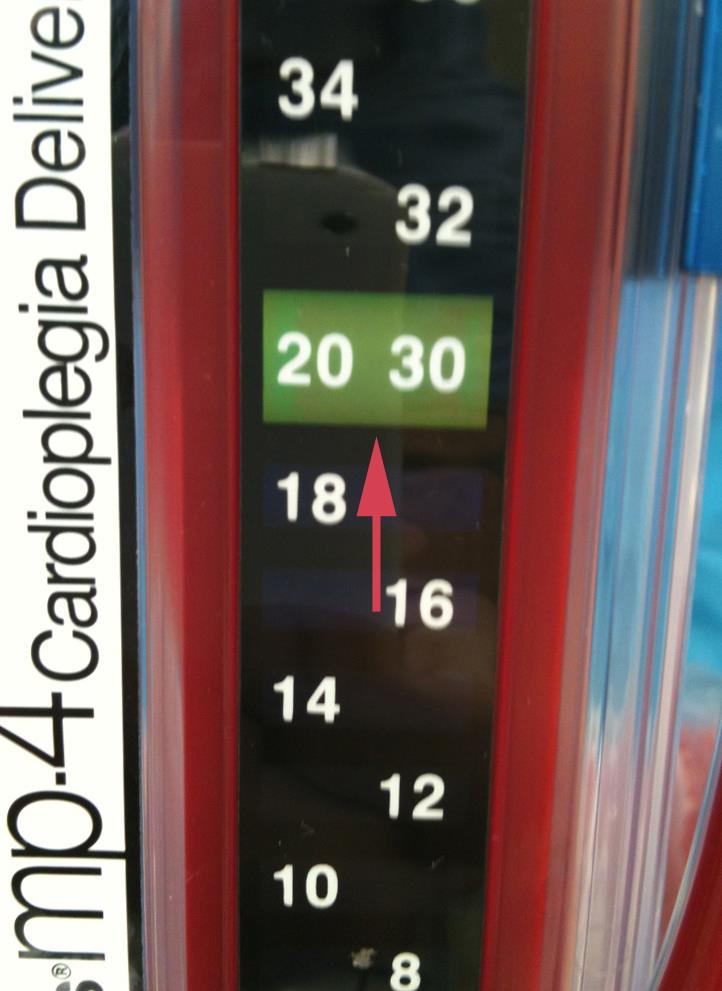 Start delivery when warm- or at least Tepid…

I know this isn’t exactly rocket science- and it is not intended to be anything more than what it is.

A simple method for a simple fix.  A Hot Shot before the X-Clamp comes off.

I don’t think that this will lead to an invitation to speak at a meeting LOL.  🙂

The two groups were similar, but the symptom class was more severe andthere were more redo and combined procedures and more operations within 7 days of myocardial infarction in the tepid group. Significant clinical benefits identified in the tepid group included reduced usage of intraaortic balloon pumping postoperatively (4.4% versus2.2%) and reduced incidence of postoperative atrial fibrillation(25.7% versus 20.6%).

There was no significant difference in mortality, perioperative myocardial infarction, cerebrovascular events, or use of inotropics between the groups. Intermittent tepid blood cardioplegia is clinically appropriate and safe to use in patients undergoing cardiac surgery.