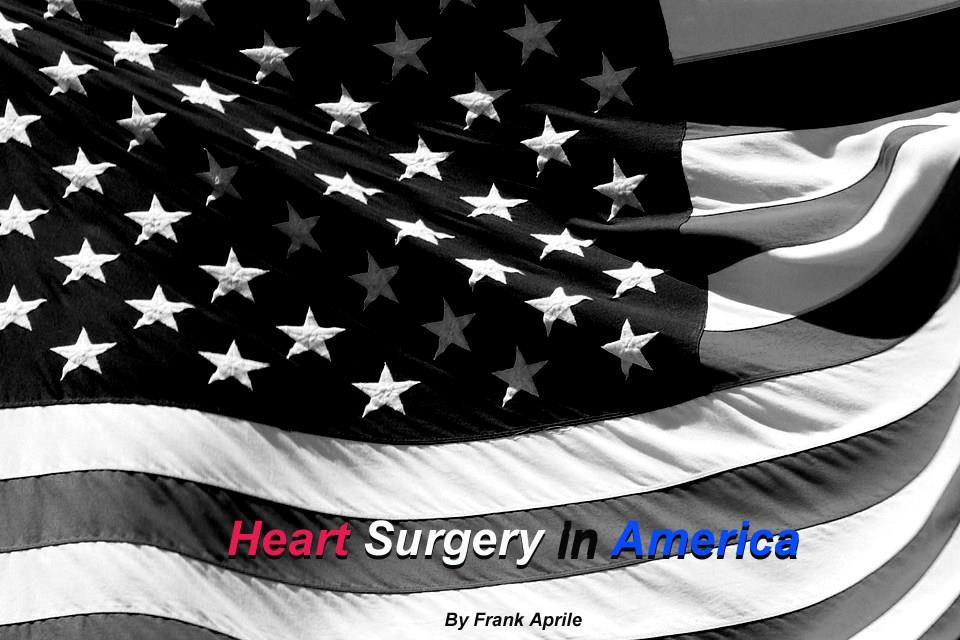 I am writing a book on an inside perspective on Heart Surgery in America.  I decided that I would release portions of this story as I am telling it- to see what you think.  We all have our stories about how we got here 🙂

It is in chronological order, so some of the passages will relate to the story of a man, and his journey to get into the surgical arena, and become a perfusionist.

Let’s see how it goes, and I look forward to any suggestions or comments.  Plz remember, this is a somewhat rough draft, but based on real events as they happened.  🙂

An Inside Look at Cardiac Surgery in America

He looked like Friar Tuck, but his name was Father Kent.  Long black robes, a chorded knot to bind the waist, and the ephemeral bald circular dome that sealed the suggestion of being a Jesuit priest.  There was a big old cross somewhere in the middle of that imagery, but I’m not exactly sure where it was swinging.  Just as I was an instrument for shoveling shit through the gateways of hell, here was another soul whose primary calling was to gather his flock of disenfranchised souls, feeble and in failing health, lending them comfort as they declined, and basically keeping the hounds at bay for as long as it was medically and financially possible.

Father Kent chortled.  He did it incessantly to a point where you really weren’t sure if he was aware of it or not.  It was always accompanied with a leering smile in tandem with a slightly unsettling eye-to eye stare while saying “hello”.  If he knew your name (which in my case he did) you could never tell if he was laughing at something humorous in what he saw, or sniffing for something of a less than honorable nature in terms of his true intentions.  What he really meant or wanted I never cared to find out, so I was always appropriately obsequious, and we got on famously in that regard. He was content He knew that I knew that he knew.  Perhaps he was a pervert in own his right, the pages of that book I never cared to read since I certainly wasn’t going to be in them.

So what possible significance could Father Kent casually strolling down the hall towards me, robes sashaying, while twirling the end of his chorded belt like a rope or lariat, have on my life and its’ ultimate course?   Nothing really, other than the fact that he dissuaded me from continuing walking down that particular hallway, I wasn’t interested in being on the receiving end of his leering smile, so I turned left and got into a side elevator that was heading to the top floor.  I hadn’t been on this one before, so when it finally opened up on the top floor, I was surprised to see a thick red line painted on the floor, and a subsequent sign alerting anyone that wanted to attempt crossing it, that this area was for “authorized personnel only” and that this was “the surgical operating room”.

A lot of things went through my head at the same time.  Foremast was an intense desire to cross the red line and sneak a peek at whatever was going on up here that was so important as to be locked down and off limits to most of the hospital staff as well as patients.  There was another gut feeling that emerged, hard to describe, almost a sense of recognition and awe leading to a palpable urge to cross-over the red line, mixed with an almost primal instinct not to do so.  I felt as if I belonged, I wanted to be there, but was afraid I was trespassing into an area to which I was unworthy of entering.  I was a janitor after all, and though I knew this wasn’t my station in life, and I was abundantly self-confident.  So I backed off, because I wasn’t qualified to gain entrance and realized it.  The intrigue of that moment never left me, and for whatever reason I never forgot that brief little scene that should have been as cursory as leaving a door unopened, or passing an empty room, all of which we do countless times on a daily basis.

Meanwhile, during this brief epiphany, Father Kent was no doubt strolling down the hospital corridors down on the first floor, chuckling at whatever lark or fancy was aimlessly flitting about or wandering through his head.  We at least shared one thing in common; we were both pretty clueless within our immediate surroundings.