The MgSO4 Shortage: Now We Know Why … 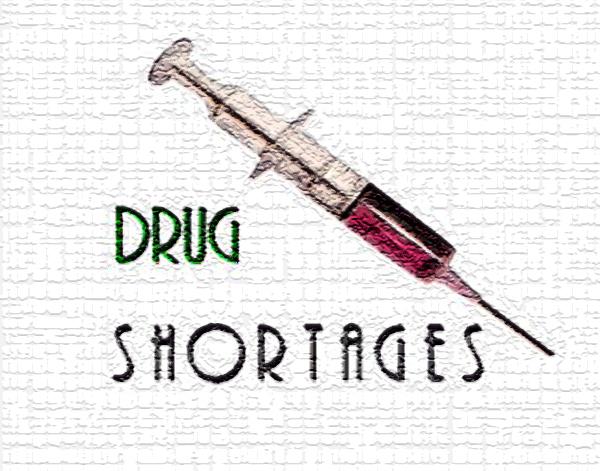 Click Image to View Drug Shortages Listed on the Site …

A sharp-eyed nurse at Yale-New Haven Hospital in Connecticut is being credited with raising a warning last week about floating mold in vital intravenous drugs, prompting a mass recall — and possibly averting serious infections in patients in at least four states.

The nurse spotted the debris in a bag of magnesium sulfate IV solution as part of a routine safety check, according to spokesman Rob Hutchison.

“This nurse pulled it and immediately called the pharmacy,” said Hutchison, who didn’t identify the employee.

The hospital quickly quarantined about 40 different types of drugs produced by Med Prep Consulting Inc., a Tinton Falls, N.J., compounding pharmacy that has recalled all lots of all drugs and temporarily ceased operations under a consent order imposed by the state pharmacy board.

Five bags with floating mold were found at Yale-New Haven Hospital; tests showed the debris was a still-unidentified fungus. Eighty-eight orders of the magnesium sulfate solution — in shipments ranging from 10 to 20 bags up to 500 bags — were sent to 13 hospitals including Yale-New Haven, according to Angelo J. Cifaldi, a lawyer for Med Prep.

Hospital officials are reaching out to doctors and patients who may have received the contaminated drugs, Hutchison said. Health officials in Connecticut, New Jersey, Pennsylvania and Delaware all said they are working with federal investigators to determine what steps to take next. The drugs were produced and delivered between Feb. 18 and March 13.

The worry is that patients may have been injected with tainted 50-millileter doses of magnesium sulfate 2 gram in dextrose 5 percent solution in water.

“Giving a patient a contaminated injectable drug could result in a life-threatening infection,” Dr. Janet Woodcock, director of the Center for Drug Evaluation and Research for the Food and Drug Administration, said in a statement.

So far, no infections or other problems have been reported, FDA officials said.

But it’s a worrisome — and very real — possibility six months after an outbreak of fungal meningitis tied to contaminated pain shots that have been tied to 722 illnesses and 50 deaths.  The now-bankrupt compounding pharmacy blamed in that outbreak, New England Compounding Center of Framingham, Mass., had serious problems with contamination and sterility, investigations showed.

In addition to the magnesium sulfate solution — which is used to replace electrolytes in hospitalized patients — Med Prep also makes a wide variety of sterile drugs, including antibiotics, anesthetics, cardiac, labor and delivery and pain management medications, according to the FDA.

The firm received FDA warnings about its sterility practices in 2001 and 2010, agency records showed.

Of the 86 drugs affected by the Med Prep recall, 53 are in short supply, according to Erin Fox, manager of the Drug Information Service at the University of Utah, which tracks drug shortages.

After pulling the Med Prep products, the hospital is trying to find ways to replace the drugs — and mixing many of the specialized products themselves.

Many of the drugs will be unavailable, however, Fox said. And it can be very hard for a hospital to ramp up its own sterile drug production quickly.

“I think it’s concerning anytime a hospital is completely starting from scratch in a day or two.”

This shortage looks to be resolved in a relatively short period of time.  The fact that we have had so many shortages over the past two years is disturbing.  It undermines the fabric on which medicine in America is based, and is embarrassing when the same drugs are so readily available across our borders or the oceans.

Our manufacturing base needs to be extended and expanded, but not at the cost of quality and refinement.

It is surprising to me- how it seems we are always surprised these days ???