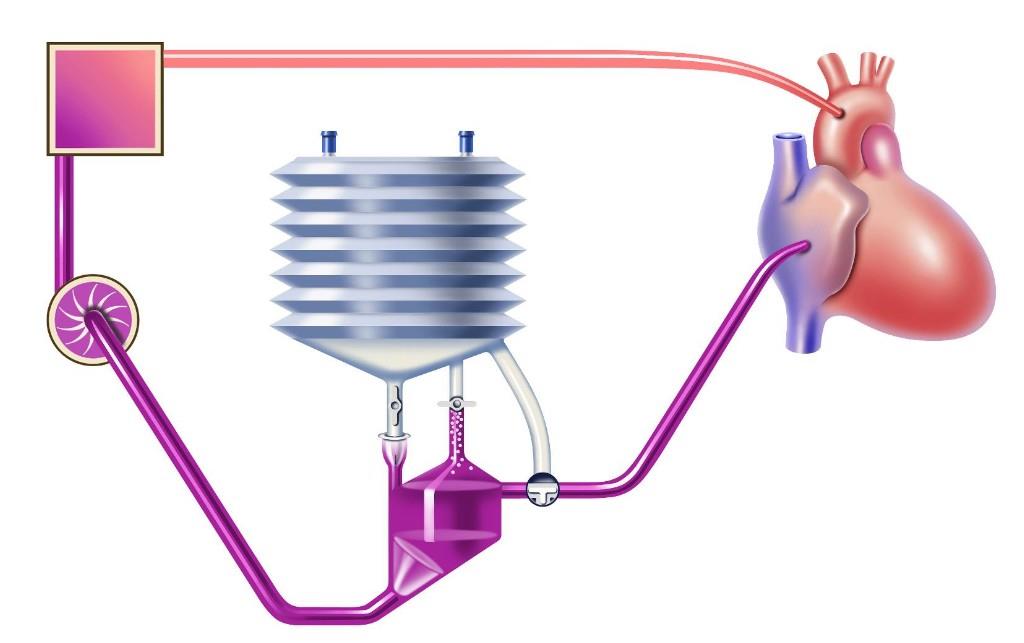 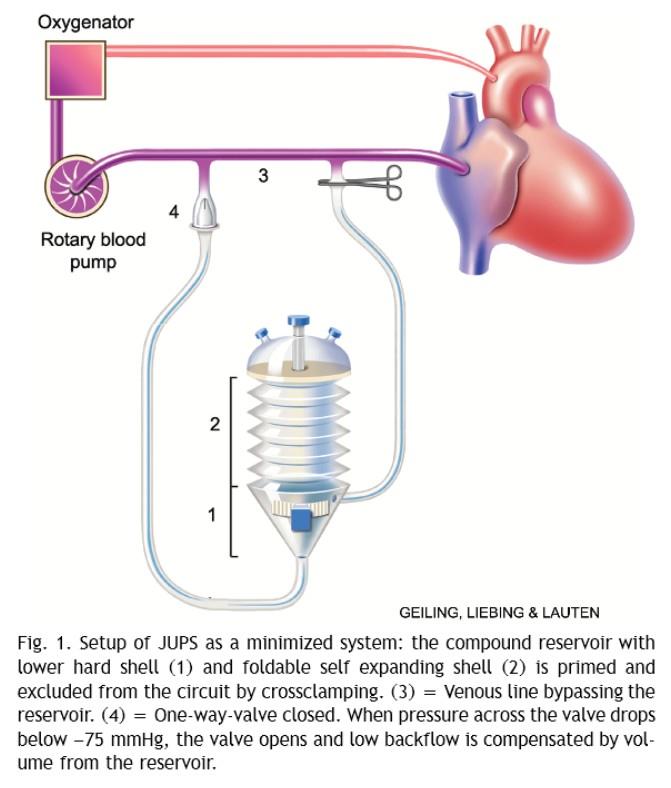 The system was developed as a universal cardiopulmonary bypass circuit for cardiac surgery. The central part is a new type of reservoir, which is an assembly of two components:  the lower half is comparable to a standard hard-shell reservoir as applied in conventional CPB-systems today. The upper half is a foldable, self-expanding shell, which has extractive force and is capable of actively increasing its volume.

Volume and self-expanding force may be adjusted by flexible springs on the outside. The reservoir may be combined with equipment for cardiotomy suction to recirculate shed blood from the operating field. It is part of a circuit, which is comparable to the present CPB systems in clinical application today: venous blood enters the reservoir by passive drainage and is then actively forwarded by a rotary blood pump into the oxygenator. The pump automatically reduces flow when venous return is low.

Two additional components were integrated into the circuit.

A tube bypassing the reservoir from the venous line to the centrifugal pump was introduced, which allows optional exclusion of the reservoir by crossclamping the inflow, thus running the system as a minimized circuit.  Secondly, a one-way-valve was inserted between the out-flow of the reservoir and the centrifugal pump, which directs flow toward the pump. The valve becomes particularly important when the circuit is applied as a minimized system: it then acts as a safeguard against excessive negative pressure by automatically opening when pressure in the venous segment of the circuit drops below 75 mmHg. Then with the reservoir filled with priming solution, negative pressure is compensated to counteract formation of microbubbles. 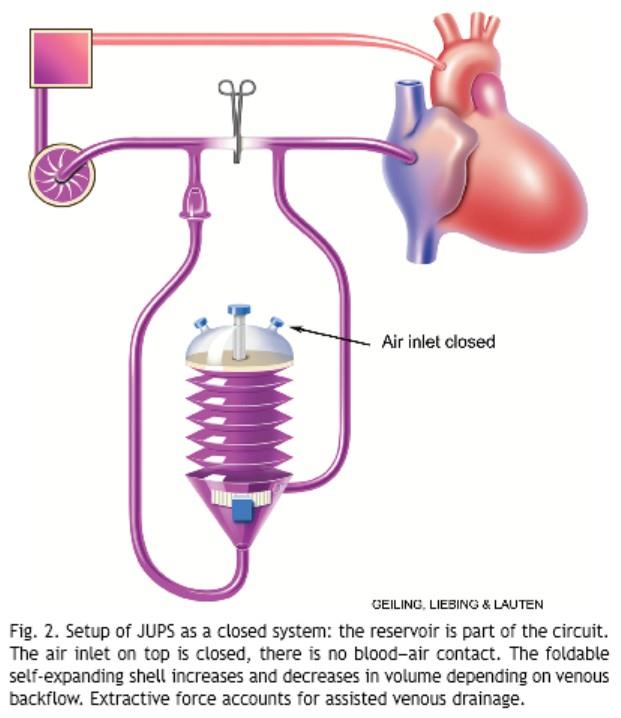 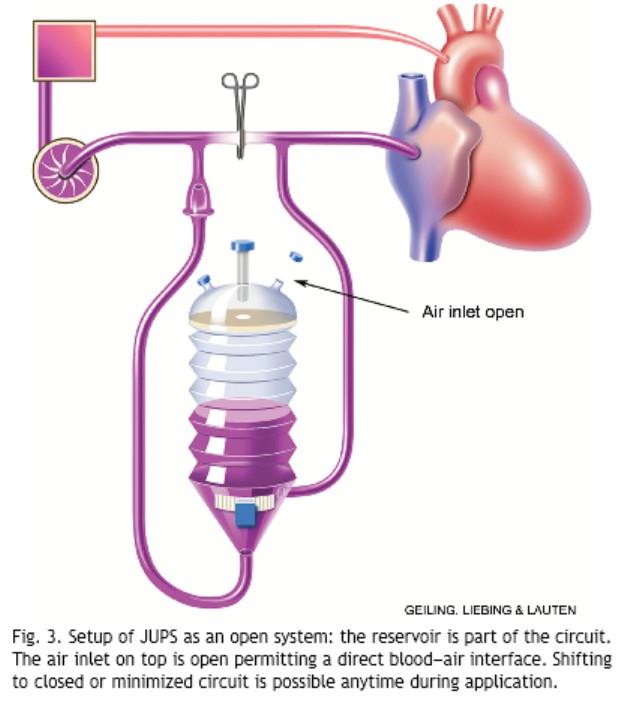 The JUPS may be applied with any method of perfusion in clinical application today.