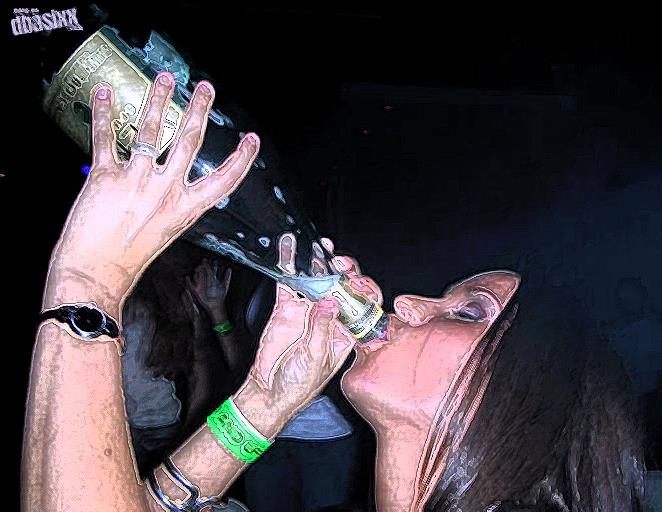 That was what I heard…  the Surgeon saying;  “you’re chugging”…

It made me think of all the terms we use during a pump run, and what they must sound like to people unfamiliar with the common colloquialisms used during open-heart surgery.

So I thought I would run a few of them down with a brief explanation here and there- of what the phrases really mean. 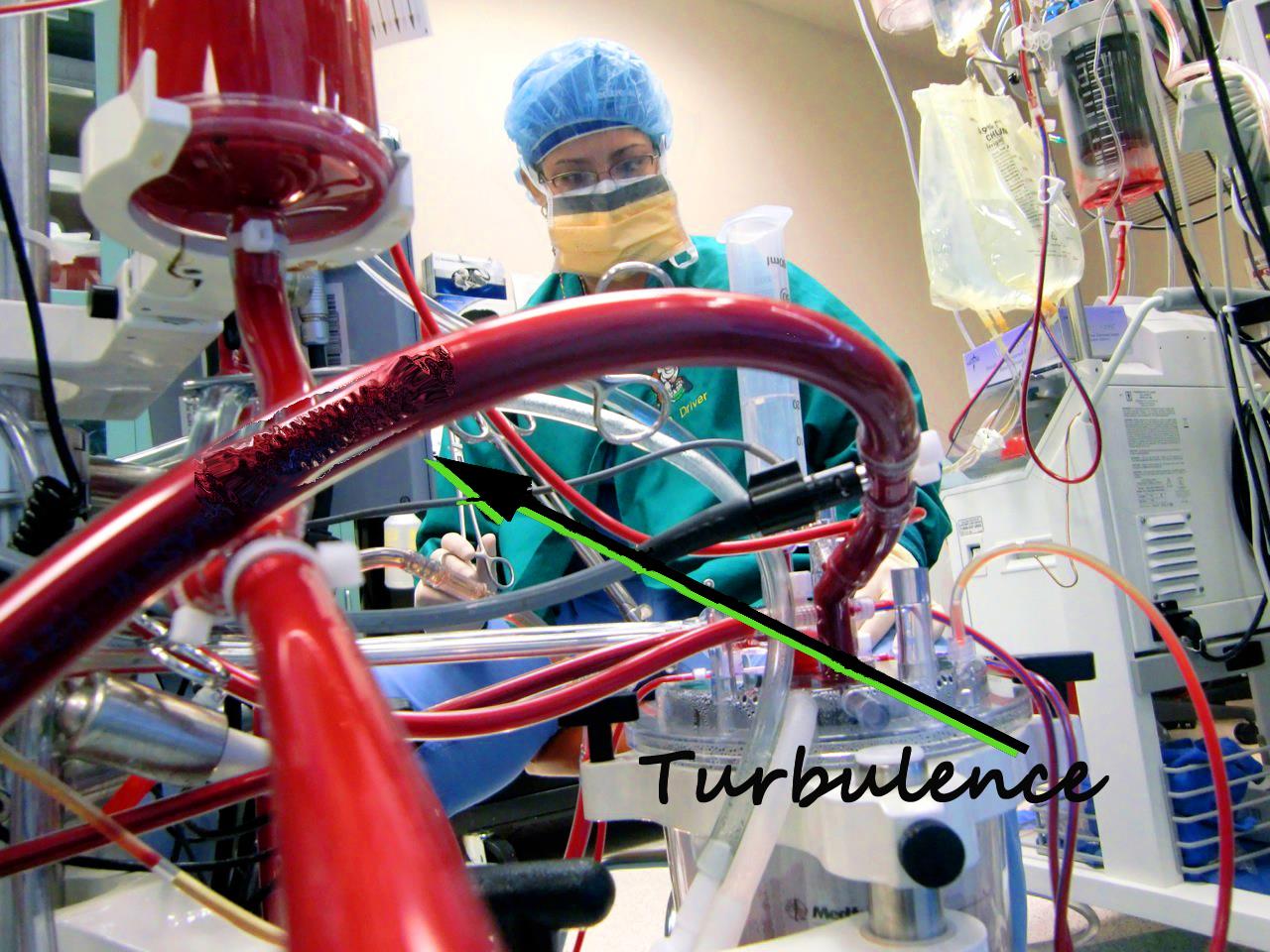 (Click on Image to Enlarge View of Turbulent Q )

No it’s NOT a drinking contest.

This is a situation where turbulent venous return, causes a stop-and-go motion to the blood flow, causing the venous line to jerk a bit- or “chug”.  Usually alleviated by partially clamping your venous line.

This has nothing to do with carpentry,

and everything to do with making sure you have adequate venous reserve in your reservoir, to not accidentally drain it and deprime your circuit.

The surgeon usually mentions this if he is obstructing the venous return to your reservoir, in order to let the heart expand and get an accurate saphenous vein graft measurement.

More often than not- it is said as an afterthought, and you will already be aware of it.  If your cool like Nadia (below) is. 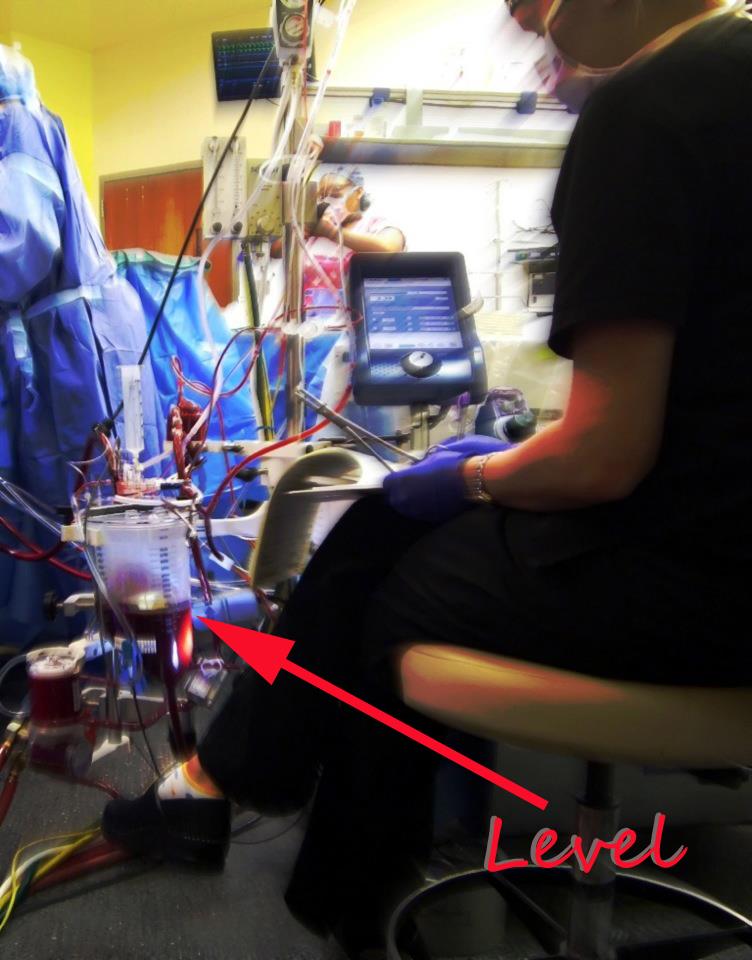 Nadia- Watching her level, being ever vigilant, and NOT taking pictures…  LOL

No…  The surgeon isn’t telling you to shut up.

If he wanted you to do that- he would just say it.

Chatter is a term synonymous with “chugging” and refers to “Line Chatter” or- line movement.  See above (Chugging) for causes and Rx.

LET’S GET A QUICK ARREST …

Ok.  You’re NOT in the LAPD and your aren’t chasing the bad guys…

If a surgeon tells you this, he wants you to administer cardioplegia as efficiently as possible, to put the heart into cardiac arrest as quickly as possible.  This is usually what we all want to do anyway- but it tends to emphasize that this particular heart is more at risk for myocardial ischemia

Nobody’s getting pinched today- by anybody 🙂

When you hear this from a surgeon, it means he is literally “pinching” down on the venous line to occlude it and allow the heart to fill up- in order to size his venous grafts.

The typical response from a perfusionist is… 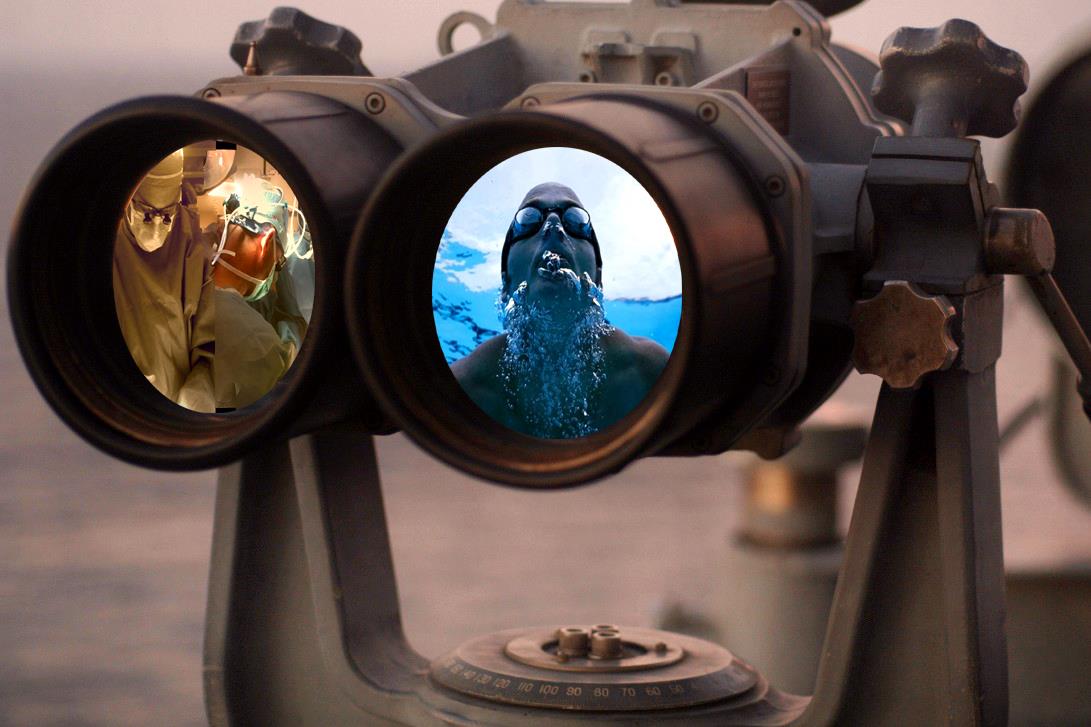 By saying this- you let the surgeon know- that you are watching your reservoir levels.

This is more of a term used in the upper Midwest- than other places in the country where I have pumped cases. 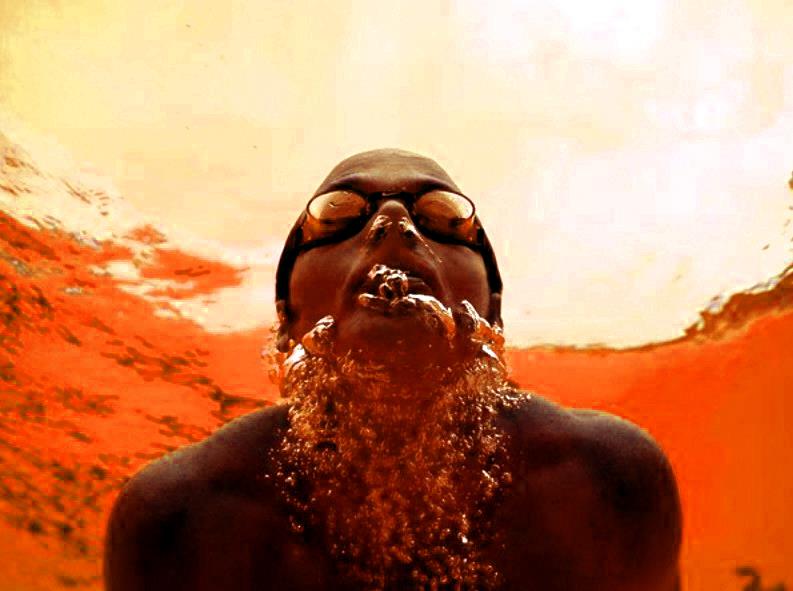 but he IS letting you know that he can’t see where to sew to- because there is too much blood in the field obscuring his vision. 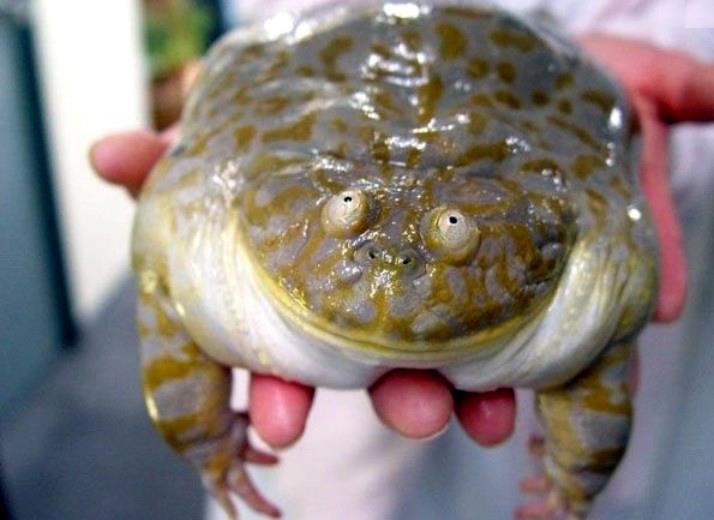 You REALLY never want to hear this from the surgeon.  It’s always bad, and he’s usually pissed.

It is totally filling up- making it impossible for him to work, as well as potentially harming the heart muscle by stretching it beyond it’s normal limit. (See Frank-Starling Law)

The immediate remedy is to quickly drop flow and find out if there is a venous line occlusion issue, or malposition of something.

Untoward or hard retraction can also be a contributing factor, or the venous cannula may have slipped and become partially occluded.

If you have any favorite or unique expressions- leave them in the comments section- and I will include them in Part 2: