“It’s all straight up- no room for the so many permutations of insane Napoleon complexes and the subsequent punitive delivery that deflects attention away from unskilled or poor performance and self-edifies whatever dialogue needs to happen to struggle to the finish line.” 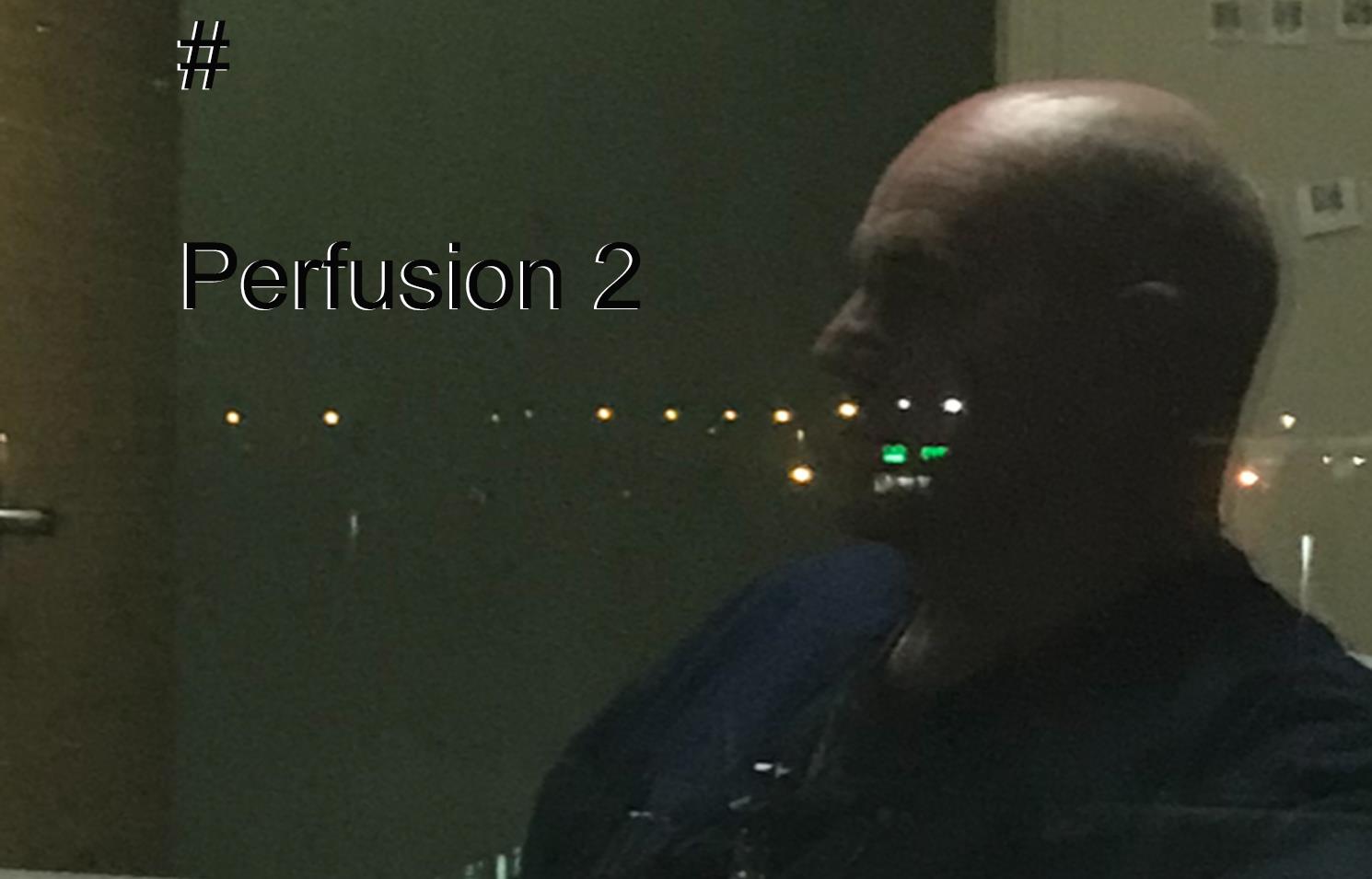 Over the past few months, putting this survey together and constantly poking and prodding on social media to suggest participation- had certainly made me think whether or not “it was over the top” or “overly sensitive”- or a “grow a pair” (which is in-and-of-itself completely misogynistic)- and it certainly made me question myself- my motivations- and “what was the point”? 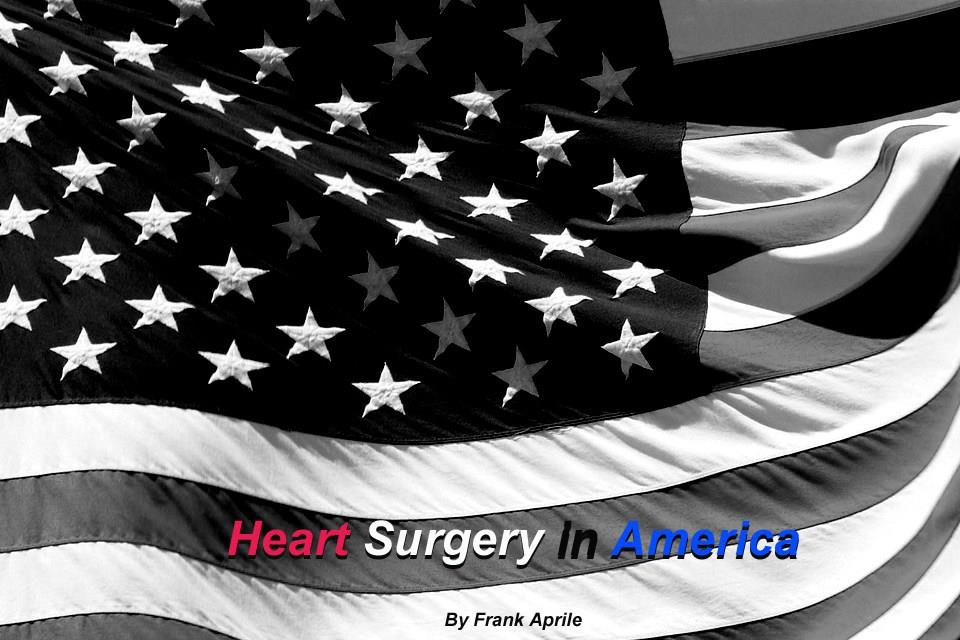 So let’s discuss what you are going to read below?  It certainly isn’t pretty- but it is OUR reality.

Will it change?  I say YES- if we choose to make a stand.

I do wish to respond to a very valid point that was well articulated by one of our respondents:

First of all- Thank You for reminding us that this is clearly not a scientific survey.  I guess if we had to put a label on the survey- it would lean more to the “over generalized” label that you ascribe to it.  I totally agree.  Yes- there is a predefined endpoint.  That endpoint was more directed to helping all of us at least realize that we are NOT alone.  In all honesty?  The survey was secondary to that agenda.

If I get a N=1 in terms of a yes to the “abuse” question- then IMO- that is one response too many.  And yes- I guess the same argument presented itself back in the day when someone had to stand up and be bold enough to address the fact that the World really isn’t Flat 🙂

The second point I wish to make- is that for the 248 people that chose to respond- that was THEIR OPTION- noone said they had to take the survey.  The results expressed don’t lose their credibility just because the survey was obviously leaning towards a pre-established supposition.

Plz take into account that the respondents are clearly more than capable of deciding how they want to respond.  That being said- the sum total of their responses as well as the comments section- basically speaks for itself.

I am sure that the survey had exposure to well over 10,000 possible respondents.  I really don’t about the integrity or process (plus or minuses) in terms of the science of rendering a survey and reporting the subsequent results.

The outcome of the Survey clearly demonstrates that It’s the truth regardless of how the door was opened … and hopefully? We can shut that door.

“The Red Cell Highway: An Inside Look at Cardiac Surgery in America”

It’s the truth regardless of how the door is opened …

NOT Over the Top…

Thank you Dana- I am way past the point of giving a shit about any sort of criticism-  I have been in Medicine starting as a Navy Hospital Corpsman with the Marines- at 19- to 42 years in advanced medicine.  I have saluted TREES that I have more respect for than some of the Cardiac Surgeons that tell me to “go on bypass”.

Since I am NOT blind- I have observed this basic behavior for at least the Civilian side of things.  The Military is IMO a far better model in terms of Apex to Subordinate relationships and communication.  It’s all straight up- no room for the so many permutations of insane Napoleon complexes and the subsequent punitive delivery that deflects attention away from unskilled or poor performance and self-justifies whatever dialogue needs to happen to struggle to the finish line. 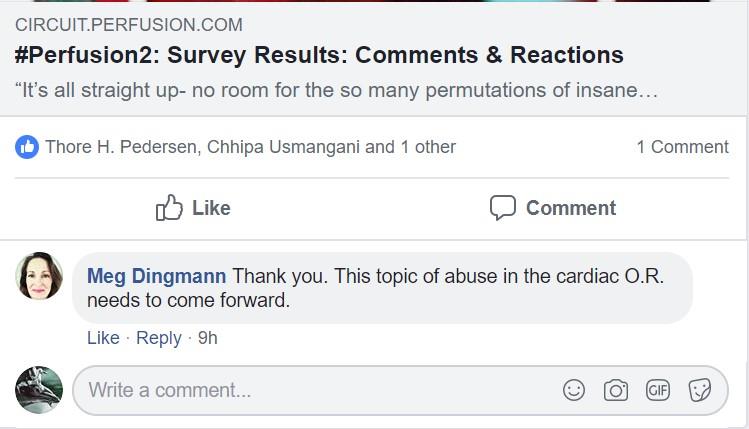 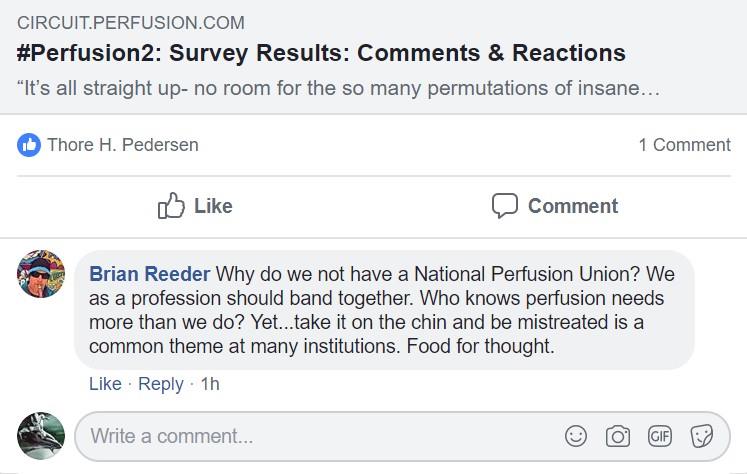 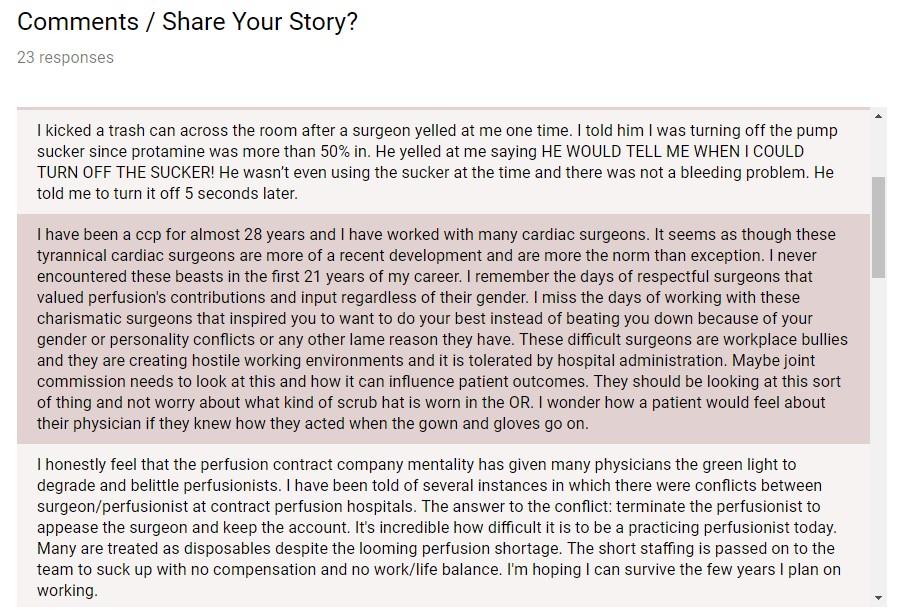 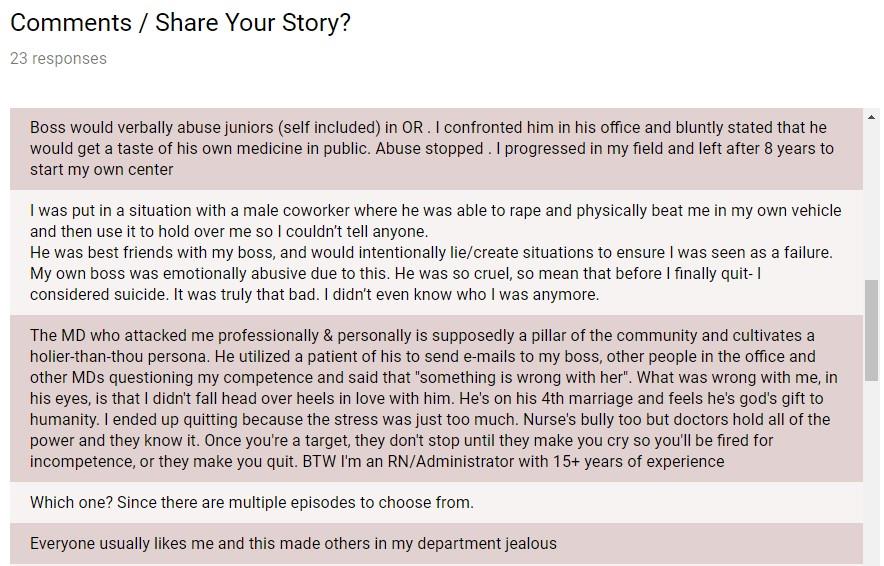 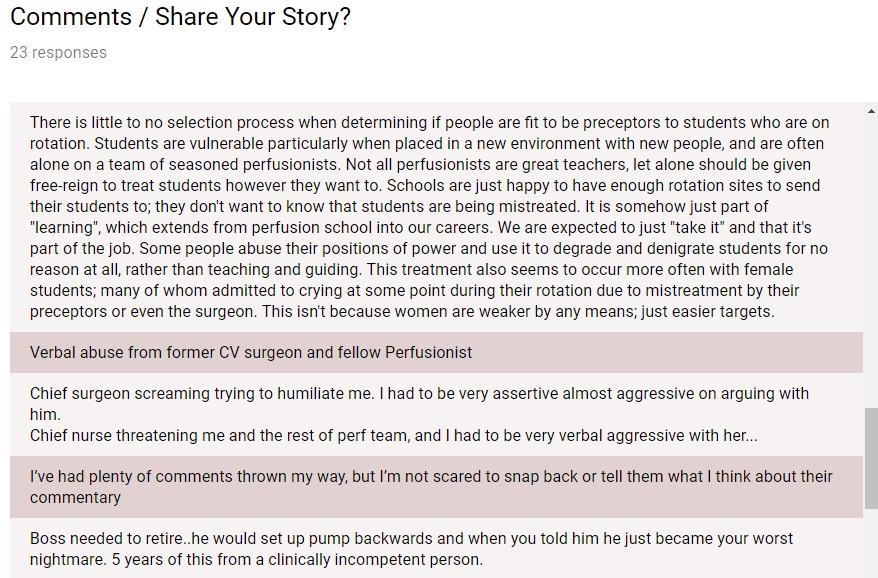 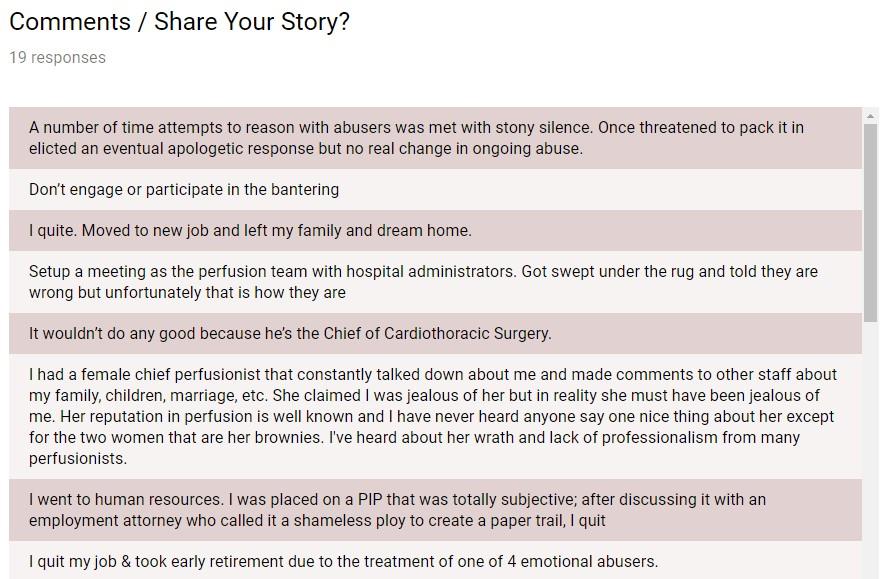 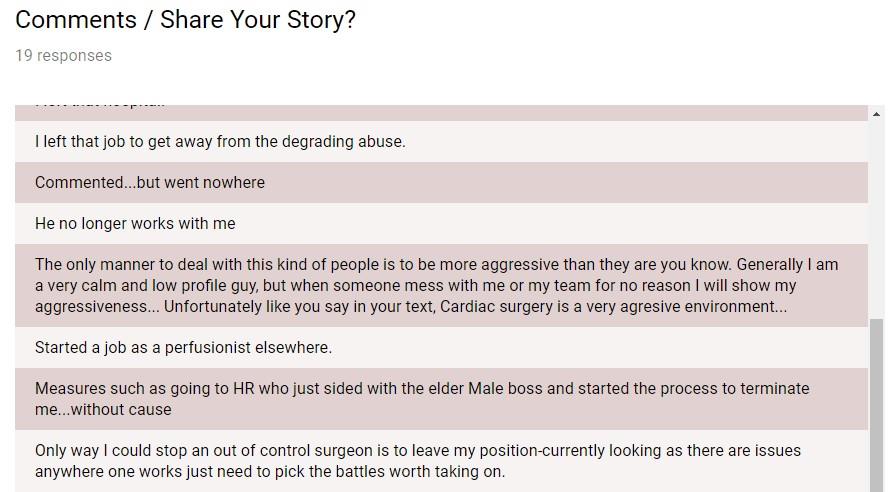 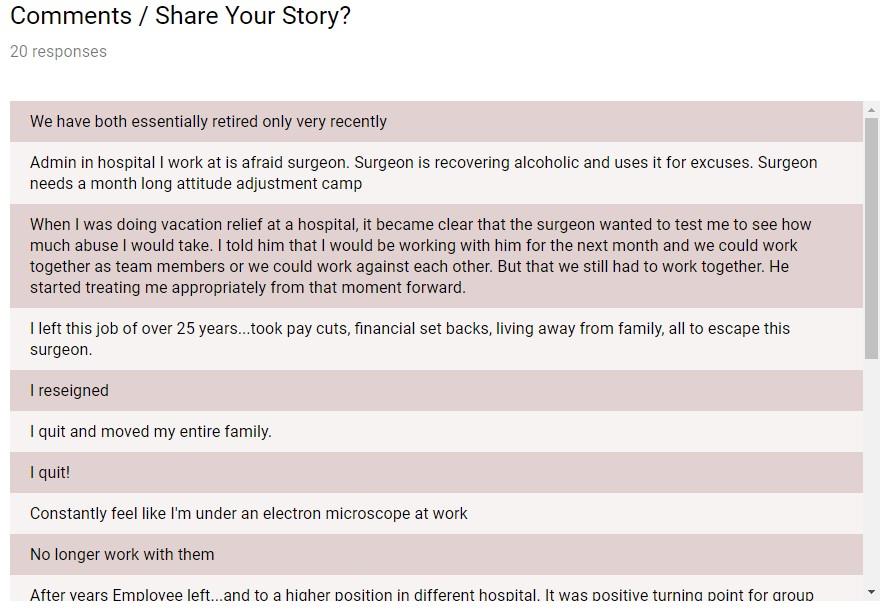 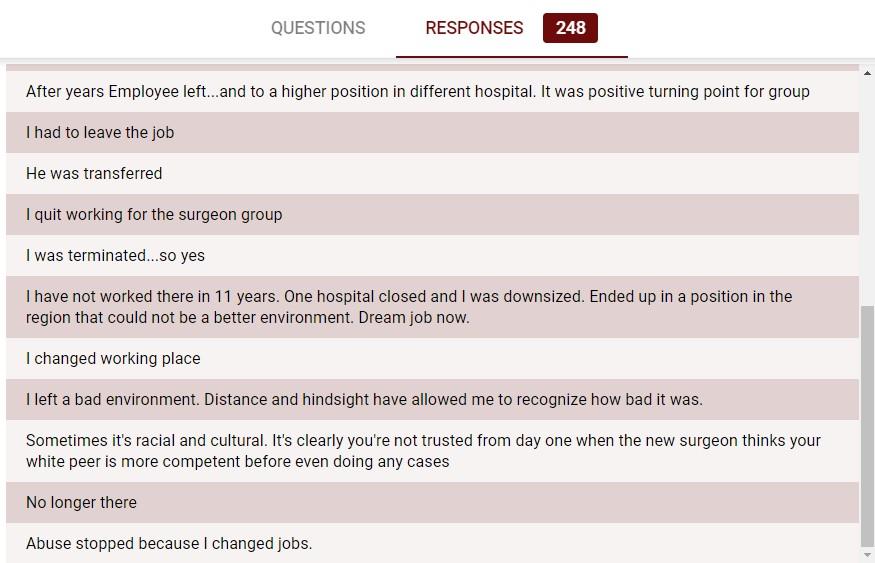 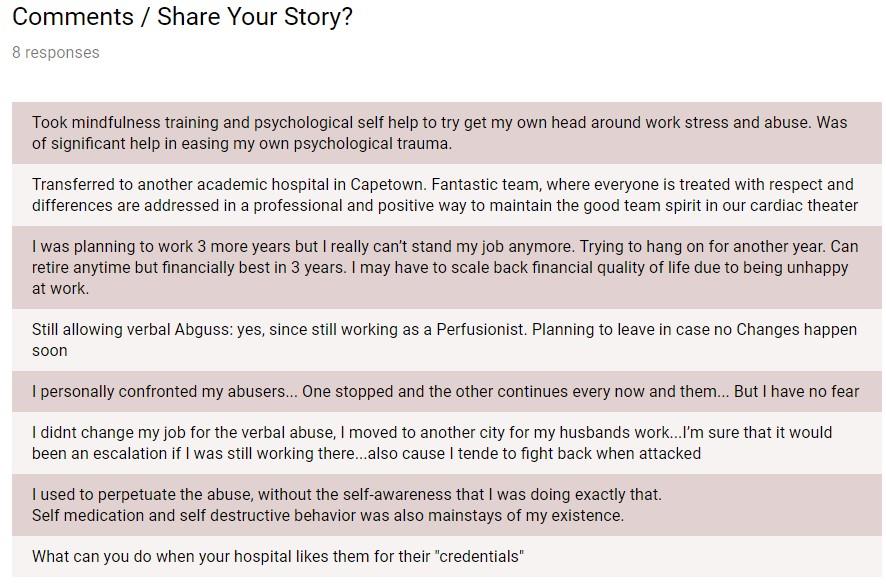 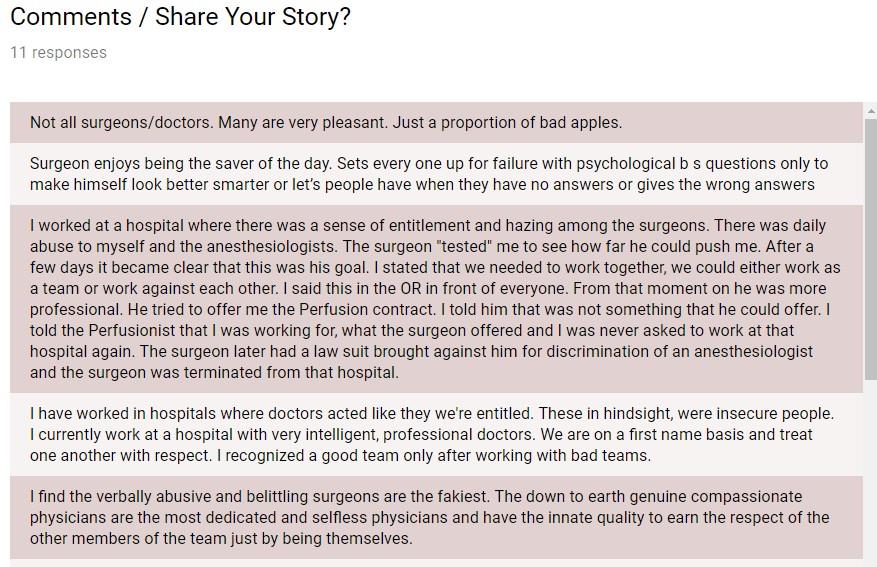 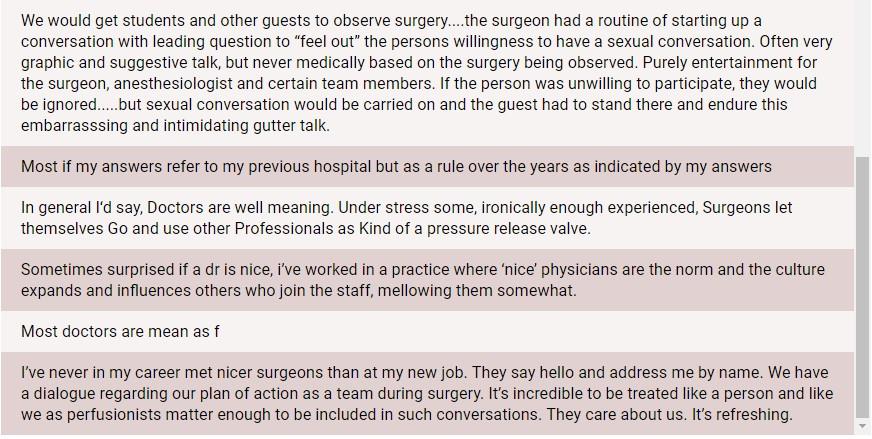 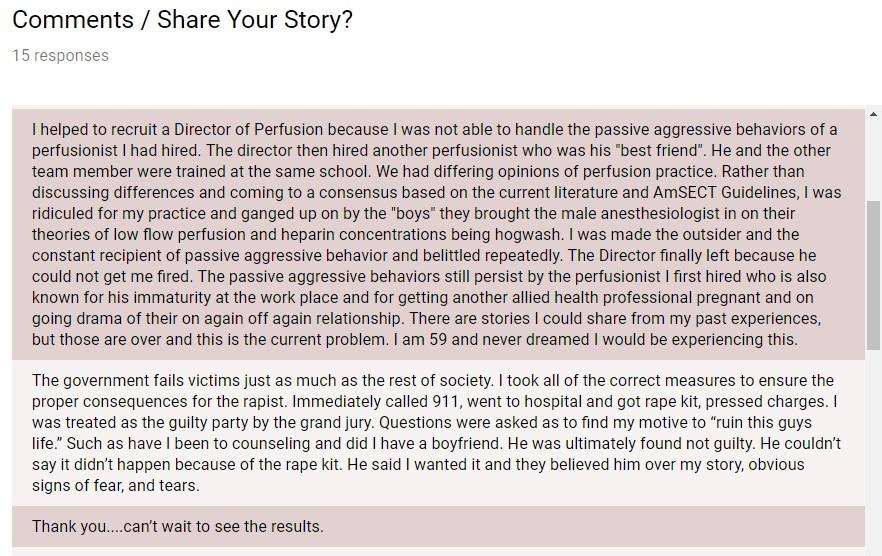 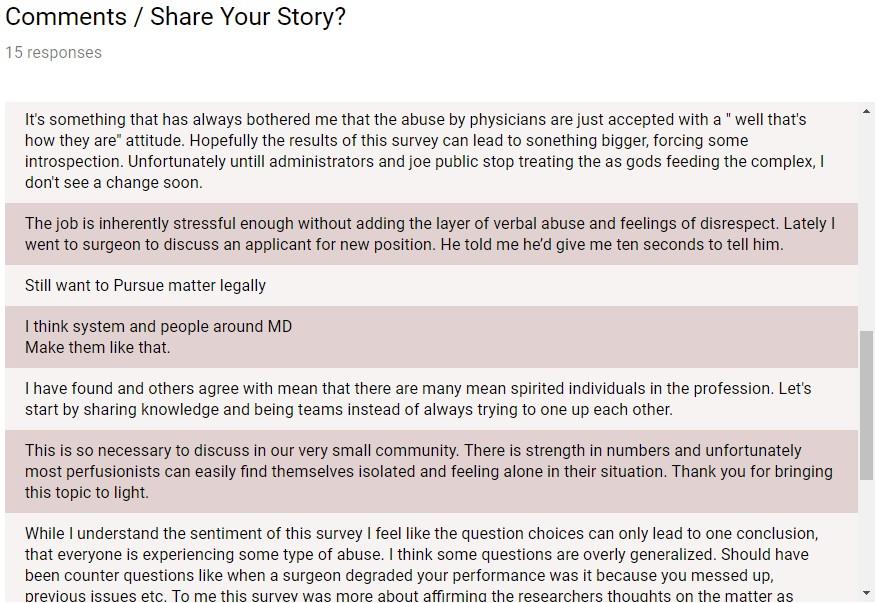