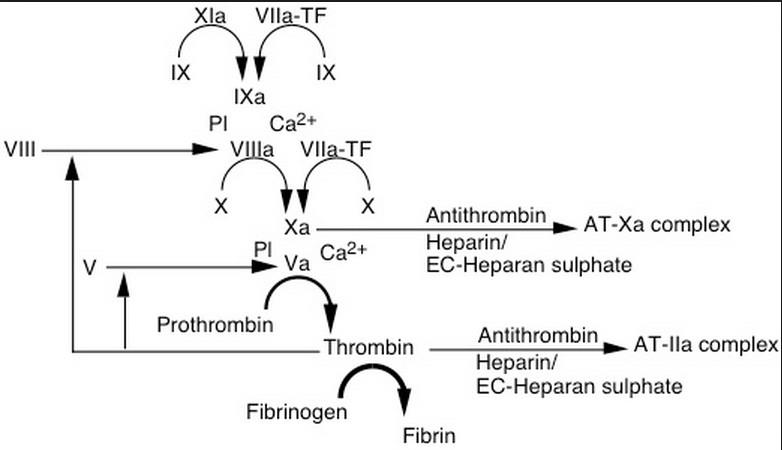 Welcome to PERFUSION POLICIES 101.  This will be a continuing series provided to assist your programs with that one puzzle piece we all run into now and then- that one time that an unexpected patient condition may give you pause…

The intention here is to disseminate some basic recipes that have probably been implemented at countless institutions, for God knows how long.  The usual disclaimers obviously apply:

Due Diligence is the Responsibility of the Reader!

Use the information as you feel fit, recognizing that this is information gleaned from multiple sources, it is recruited from the public domain of the internet, with no implied assurance of accuracy- but is cogent, and based on logical and reasonable clinical rationale.

Antithrombin III (ATIII) deficiency may either be inherited or acquired.  Inherited ATIII deficiency follows an autosomal dominant transmission pattern.  A reduced amount of ATIII (usually below 50% of normal levels) constitutes the most common form.  Most often, patients presents between 15 and 30 years of age with lower limb thrombosis pulmonary embolism.  Other precipitating factors include pregnancy, surgery, and infection. 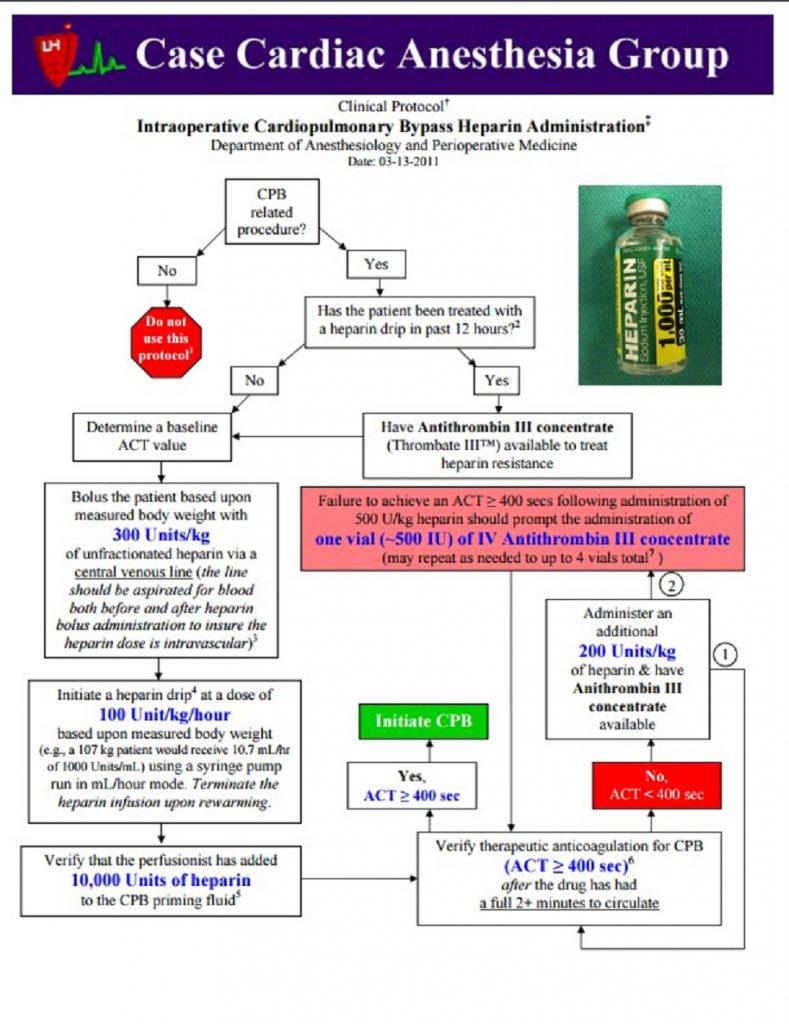 Antithrombin III deficiency in patients about to undergo CPB is largely a presumptive diagnosis based on substantial heparin resistance, e.g., failure to attain an ACT >400s after administration of 400U/kg of heparin.  Failure to recognize and correct heparin resistance are the onset of CPB is likely to produce low-grade activation of coagulation with consumption of platelets and procoagulants.  Although this can result in the formation of microemboli, a hemorrhagic diatheses is likely to follow the termination of CPB secondary to procoagulant consumption.

Are you certain the patient is really AT III deficient?

NOTE: Always alert the surgeon to the potentiality of an AT III deficiency, and confirm with anesthesia your proposed treatment plan.

ACT prolongation after administration of FFP does not establish that  AT III deficiency caused the heparin resistance, because increasing plasma AT III levels should increase heparin-induced anticoagulation whether or not initial AT III levels are inadequate.  This may be important if the cause of heparin resistance is heparin-induced thrombocytopenia, or marked thrombocytosis.

In heparin-induced thrombocytopenia, an interaction of heparin, platelets, and immunoglobulin G (IgG) antibody is the likely mechanism for heparin resistance.  This would theoretically respond best to platelet-rich plasma pheresis accompanied by bolume replacement with FFP before CPB. After CPB and neutralization of heparin, platelet concentrates would be needed.  In marked thrombocytopenia, the treatment for heparin resistance would be the same, but the likely mechanism involved would be competitive heparin binding to platelets, inducing an acute release of platelet factor 4, and endogenous substance capable of binding and neutralizing heparin.

The use of FFP to replace ATIII may become obsolete with the recent introduction of a human ATIII concentrate, which has been used successfully to treat pregnancy induced AT III deficiency.

-Pooled from human plasma, but heat treated and should be free of infectious disease transmission risks.

-Use for heparin resistance in cardiac surgery has been reported.