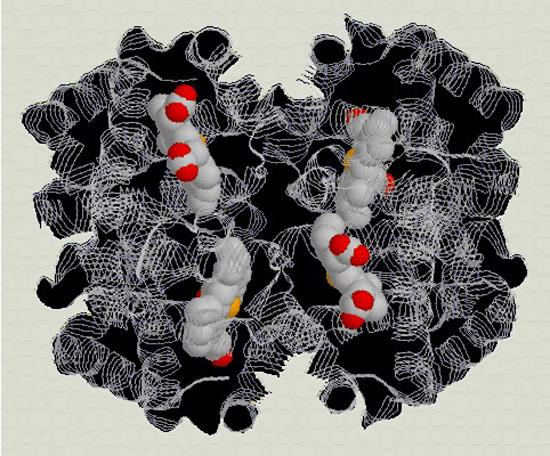 I would like to begin a perfusion discussion of a subject about which most perfusionists know nothing.  Yet, in my opinion, it is vital to the basic understanding of perfusion science.  The subject is known as Oxygen Pressure Field Theory.

This idea has become almost a religion to me because it is so very important for the application of long-term perfusion support. This subject is new, exciting and controversial.  Oxygen Pressure Field Theory begins where the textbooks end.  The theory suggests how it is possible to maintain a normal blood gas and hemodynamcis and still have the patient go into multiple organ failure.  The theory suggests new ways to assess perfusion and new ways to adapt our intervention strategies. The down side is that the theory is complicated with many variables.

It does not easily fit into our known concept of perfusion science.  The theory suggests that transfer of gases at the capillary level is more complicated than the simple unloading of oxygen and pick-up of CO2.  Large areas of hypoxic and normoxic tissue can exist side by side in the same capillary tissue bed.  Intracellular pH can be radically different from blood pH, even to the point of causing tissue death.  Ironically, the theory suggests that the best measurement of tissue oxygenation does not  necessarily include the measurement of oxygen.

The Krogh cylinder is a basic concept of Oxygen Pressure Field Theory and was first described by August Krogh in 1919.  Dr. Krogh proposed the idea that the microcirculation functions as if each capillary is surrounded by a cylinder of tissue.  The capillary is responsible for perfusing the tissues in the cylinder, providing O2 and nutrients and removing CO2 and other waste products.  Of course, the Krogh cylinder does not exist as an anatomical structure.  The randomization of the capillary system results in the distribution of oxygen in the tissues surrounding each capillary in a special pattern called an oxygen pressure field from which the theory gets its name.

The net effect is an oxygen pressure field in the tissue sleeve that has a wide range of values.  Tissues at the arterial end and nearest the capillary will have pO2 values almost equal to the arterial pO2.  Tissues at the venous end and farthest away from the capillary will have values approaching zero.  In fact, the presence of an oxygen pressure field with it’s wide range of values is no theory.  Physiologists have measured tissue pO2 values in animals and adults with the results being very close to what Dr. Krogh predicted.

For example, resting skeletal muscle in humans and brain tissue in laboratory animals breathing room air have a median tissue pO2 of 20 mmHg.  This means that 50% of all the tissues in the capillary beds have pO2 values greater than 20 mmHg (with the highest value equaling the arterial pO2) and 50% have values of 20 mmHg or less.  The average value (as opposed to the median value) is about 55 mmHg because the upper 50% of cells have a wide range in cluding many high values while the low 50% of the cells never exceed 20 mmHg.

Also interesting is the fact that about 5% of all the cells in the capillary beds have no measureable pO2 (that is < 1mmHg).  Therefor, at any given time 5% of all the brain cells, 5% of all the muscle cells, 5% of all the other tissues are on the edge of anoxia.  A saving circumstance is the fact that mitrochonria can function at a pO2 concentration of 1 mmHg or less.  So as long as oxygen supply is steady to resting tissue even at low concentrations, the cells will survive even though they are hypoxic by most definitions and on the verge of anoxia. Of course, the Krogh cylinder is not a static model.

If the amount of tissue around  a capillary doubles the  median tissue pO2 is cut in half,  if all other variables remain unchanged.  Changes in the length of the capillary can also affect the tissue pO2 as can the intracapillary velocity. In summary, the Krogh cylinder predicts a  wide range of tissue pO2 values called an oxygen pressure field surrounding individual capillaries. This prediction has been substantiated by testing.  As the relationship between the capillary and its surrounding tissue changes the oxygen pressure field also changes.

I hope that by studying Oxygen Pressure Field Theory perfusionists can gain new insight and a fresh perspective on common perfusion problems.  For example, one of the biggest challenges facing the perfusionist (and the patient) is the use of deep hypothermia with circulatory arrest.  Most perfusionists cool their patients to a specified temperature (often 18C) to reduce the oxygen consumption to less than 10% of normal.  After what experience has shown to be an adequate time period (usually 20 minutes or longer), the pump is stopped, the patient drained of blood and the repair made by the surgeon.

However, there is a limit to how long this arrest period can last without damage. Generally, up to 45 minutes is usually safe.  Once 45 minutes is exceeded morbidity begins to increase so that at 90 minutes of arrest the morbidity reaches 90%.   The safe period of arrest might be increased utilizing the concepts taught by Oxygen Pressure Field Theory.  Two facts are known.  At 18C oxygen consumption is about 1/10th or less of normal.  At 18C oxygen is 4 times more soluble (0.12 cc/mmHg/kg of H2O) than at 37C (0.03 cc/mmHg/kg of H2O). Conceivably oxygen could be stored in the very tissues where it will be used (not just on the hemoglobin in the blood but in the Krogh cylinders themselves) during the arrest period.  This could be done by filling up the cylinders with oxygen during cooling so that all the tissues within the capillary bed are saturated with O2.

Therefore, the best parameter indicating when to arrest after 18C is reached  may be the estimated tissue pO2 based on a value of 1.5 x pvO2. As you can see, an understanding of Oxygen Pressure Field Theory can provide new insight into perfusion techniques.  As far as I know, no one has yet tested in a clinical study the idea of extending safe arrest periods as suggested above.  The reader is invited to do so, if interested.