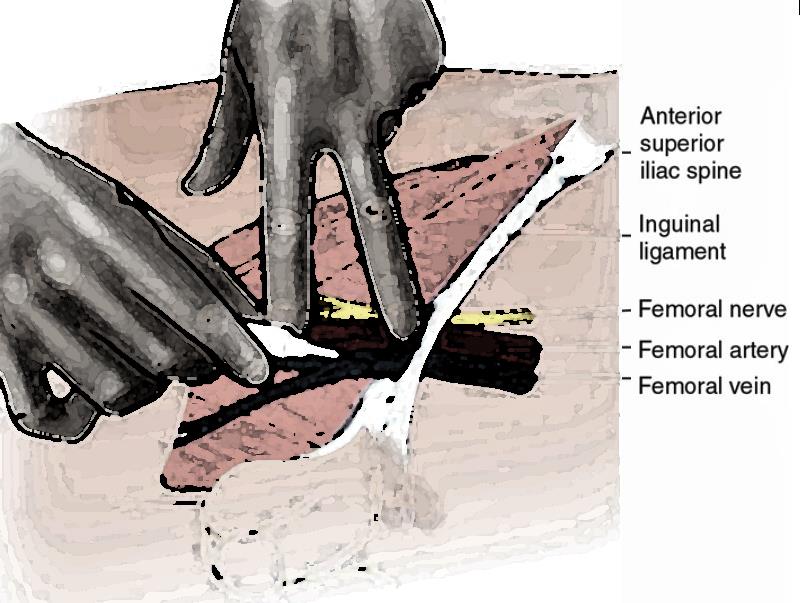 I heard this comment from a CV surgeon the other day- and reminded him that all 3 were very long pump runs (exceeding 180 minutes) and that based on anecdotal observation- I have always noticed a direct correlation to the increased amount of phenyephrine administered during the course of a long  pump run- ultimately leading to vasoconstriction significant enough to negatively impact the radial art line tracing.

From my experience, once you administer more than 15 mg of phrnylephrine during a run, you tend to experience peripheral vasoconstriction profound enough to result in very dampened (radial) arterial line tracing, and inaccurately low  pressure readings.

At some places, the central pressure is checked immediately after termination of bypass- and compared to the radial.  If the radial wave form fails to improve- VOILLA’ !  Instant femoral arterial placement is the next clinical choice.

None of this is scientific- so buyer beware!  It is a personal observation that has been spot on- nearly every time.  Please use your own clinical judgement to determine whats best for your patient (as always) 🙂 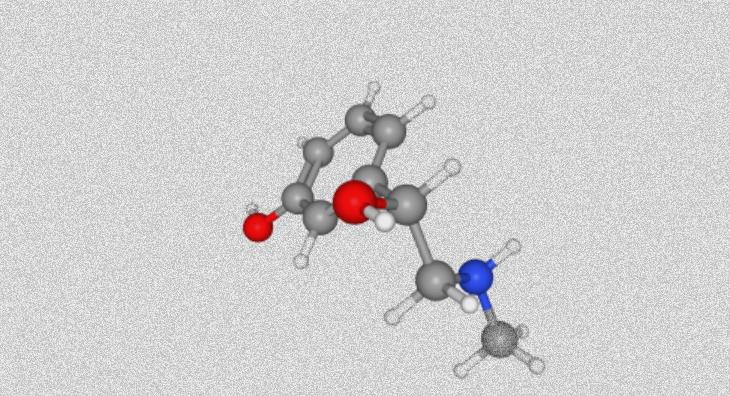 Phenylephrine is a noncatecholamine, direct-acting α receptor agonist that does not possess any significant β receptor activity. Bolus doses of 50 to 100 μg are commonly used during induction of anesthesia in patients with aortic stenosis to counteract the vasodilation produced by anesthetic drugs. In this situation phenylephrine has the advantage of increasing coronary perfusion pressure without increasing heart rate. Cardiac output may fall due to increased afterload and baroreceptor-mediated reflex bradycardia. Phenylephrine has a slightly longer duration of action than norepinephrine. The drug may be administered as a continuous infusion at a dose of 0.1 to 1 μg/kg/min.

Phenylephrine is a powerful vasoconstrictor. It is used as a cardiotonic agent. Phenylephrine is a postsynaptic α1-receptor agonist with little effect on β-receptors of the heart. Parenteral administration of phenylephrine causes a rise in systolic and diastolic pressures, a slight decrease in cardiac output, and a considerable increase in peripheral resistance; most vascular beds are constricted, and renal, splanchnic, cutaneous, and limb blood flows are reduced while coronary blood flow is increased. Phenelephrine also causes pulmonary vessel constriction and subsequent increase in pulmonary arterial pressure.

“To our knowledge, this is the first study to compare failure rates by arterial line site in the last 35 years. Soderstrom et al. in 1982 also showed differences in “placement duration” and “longevity” when comparing arterial line sites, with results favoring the femoral site. Their data was similar to ours in that it showed a femoral failure rate of 10.6% compared to 26.4% for radial sites, with failures occurring on average 3.5 days sooner in their radial cohort.12 Our data likewise demonstrate that femoral arterial lines fail at a significantly lower rate than radial arterial lines (5.38% compared to 29.61%). Despite making up 34% of the lines placed, they accounted for only 8.6% of the lines that failed (Figure 4). This difference was consistent in both the retrospective and prospective arms of the study, exhibiting agreement between the two data groups. This gives a number needed to treat of only four patients: four patients preferentially receiving a femoral arterial line prevents one premature line failure.” 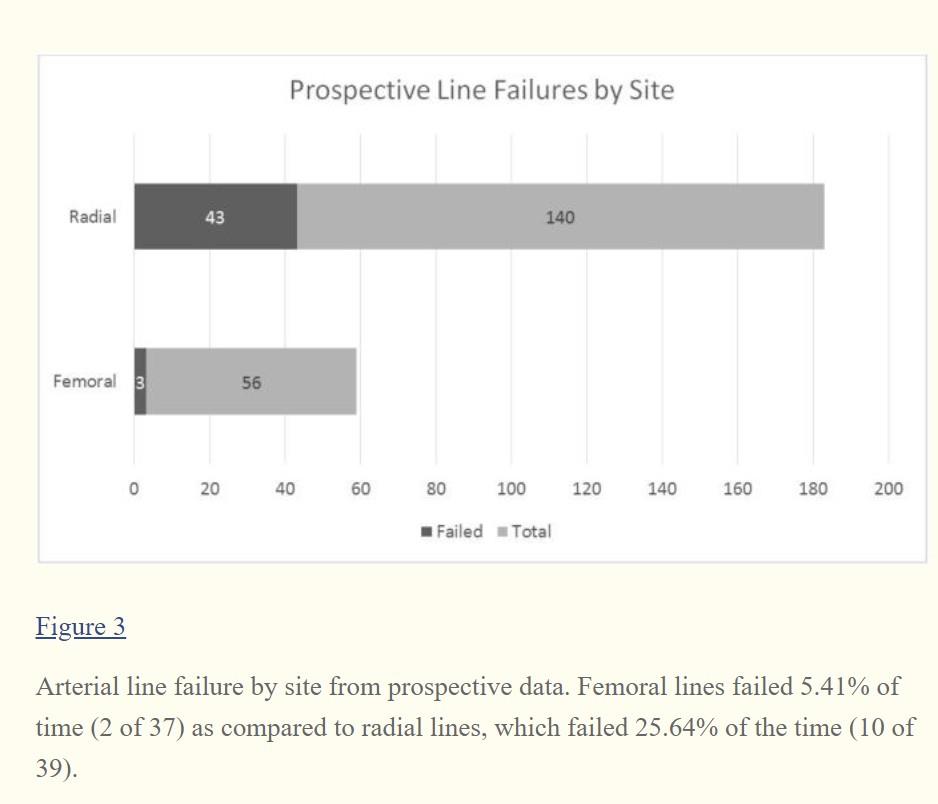 Radial artery pressure is known to differ from central arterial pressure in normal patients (distal pulse amplification) and in the early postcardiopulmonary bypass period. The adequacy of the radial artery as a site for blood pressure monitoring in critically ill patients receiving high-dose vasopressors has not been carefully examined.

Fourteen critically ill patients with presumed sepsis who received norepinephrine infusions at a rate of > or =5 microg/min.

All patients were managed in accordance with our standard practice for presumed sepsis, which consisted of intravascular volume repletion followed by vasopressor administration titrated to a mean arterial pressure of > or =60 mm Hg.

Excerpts from: Heart Surgery in America: The Heart-Lung Machine

Molecular Cardioprotection and the Role of Exosomes: The Future Is Not Far Away