I got an email from my overseas friend, Dario Fichera, an Italian perfusionist that is very involved in the international perfusion community. 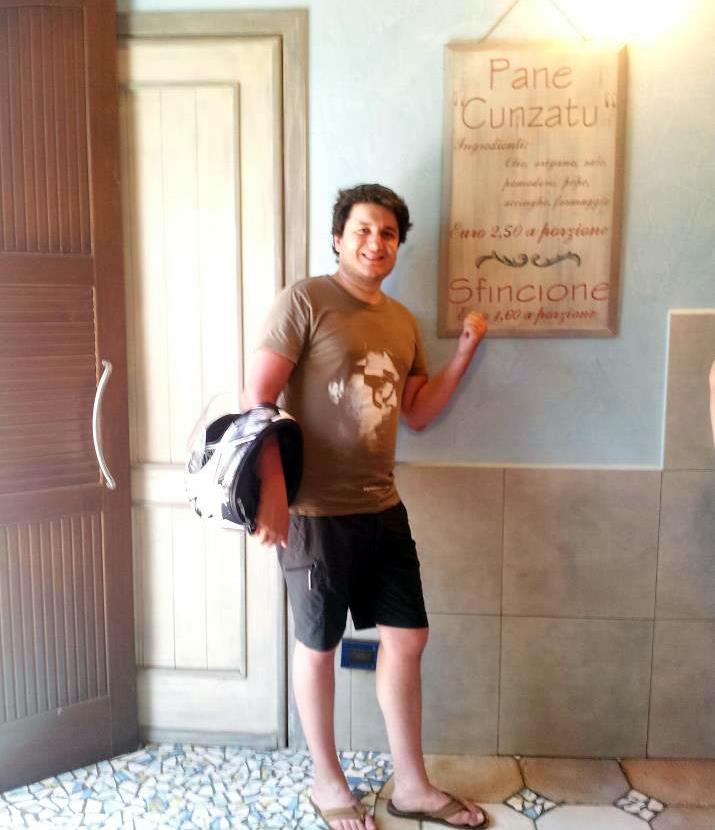 (Dario has been involved in perfusion mission work to Africa himself.)

Below is the story he submitted- and I felt was compelling and very heart warming (no pun intended) to read. 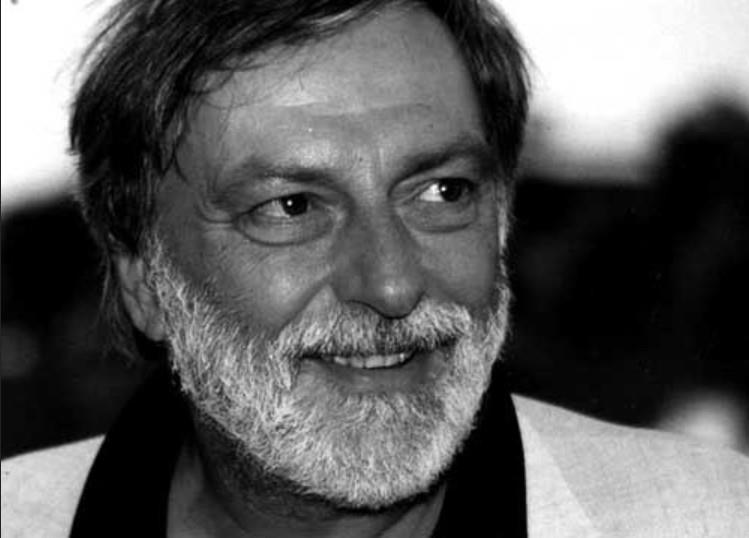 Italian heart surgeon Gino Strada would really rather not be in Los Angeles for Sunday’s Academy Awards, where a documentary about the life-saving work he does in Sudan is up for an Oscar.

“I would prefer to be here and doing surgery,” said the head surgeon at the Salam Centre in Khartoum, which bills itself as Africa’s only high-standard specialist facility offering free open-heart operations.

The hospital is featured in Kief Davidson and Cori Shepherd Stern’s “Open Heart,” one of five films nominated in the Documentary Short category.

The film tells of eight Rwandan children and teens who travel for life-saving surgery at Salam Centre, which is run by the Italian non-governmental organisation Emergency. 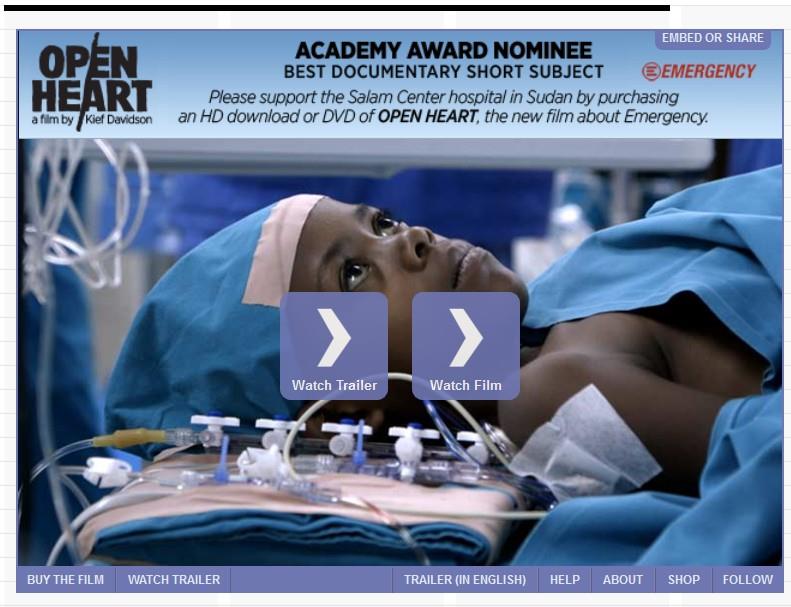 Strada said most patients are young, malnourished and suffering from rheumatic heart disease.

The condition of chronic damage to heart valves can occur after an acute episode of rheumatic fever, an inflammatory disease that may develop from strep throat.

It virtually disappeared from Europe after the early 1960s because children had access to antibiotics, he explained.

But in Africa, where many people have “never seen a nurse or a doctor in their life”, Strada said, rheumatic fever is endemic and leads to the continent’s most common form of heart disease, causing an estimated 300,000 deaths a year.

“That’s because surgery is not available,” said Strada, who appeared deep in thought.

“And you have an ongoing massacre of 300,000 per year and no one even mentions it. This is a scandal.”

The Rwandans are among hundreds of patients from across Africa — even further afield from Afghanistan and Iraq — who have been treated for free at the six-year-old hospital, along with thousands of Sudanese.

“We have shown that establishing centres of top quality is feasible in Africa,” says the white-bearded Strada, 64.

Since he helped found Emergency in 1994 during the Rwandan genocide the organisation has provided free surgical and medical care to victims of war, landmines and poverty around the world.

Salam Centre grew out of a philosophy that proper healthcare is a basic human right, not a business, he said.

The modern, spotless hospital would not be out of place in a Western city. It contrasts with the unpaved roads and herds of goats in the surrounding village of Soba, in southern Khartoum. 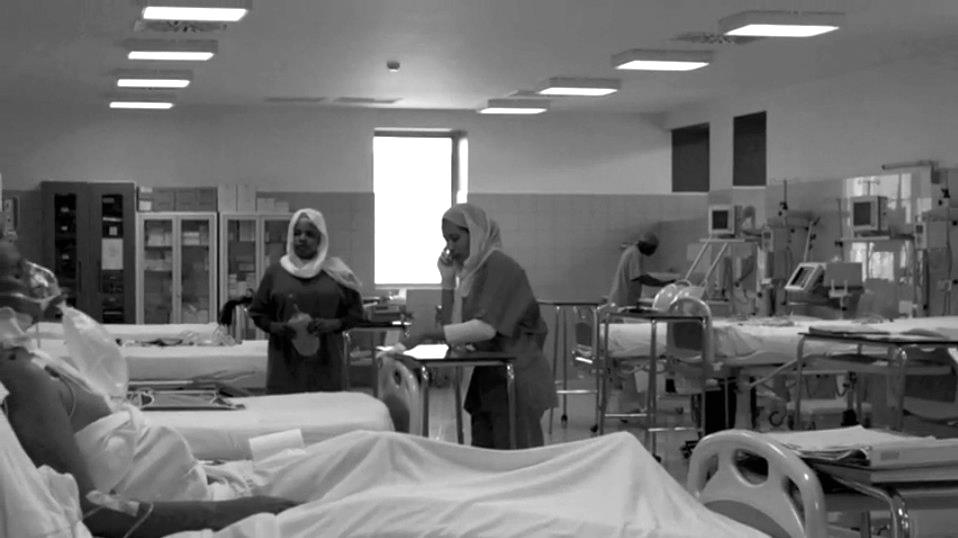 On a large table in the hospital’s meeting room a sheet of white paper lists today’s patients: a 20-year-old Sudanese, a 13-year-old Ugandan and another Sudanese, aged 16.

Strada will work on the last patient himself, and she is the focus of his thoughts as he speaks to AFP between cigarettes and sips of espresso, his blue shirt untucked.

“Yeah, yeah. I’m just thinking about the operation I have to do afterwards. Big mess.”

Like the rest of Emergency’s work, the hospital is funded by donations.

In what Strada calls a unique arrangement, the Sudanese government also contributes. Despite the country’s economic crisis, authorities confirmed they will provide around $5 million (3.7 million euros) this year, covering 40 percent or more of the hospital’s costs, Strada says.

But the sharp devaluation of Sudan’s currency since 2011 forced the hospital to reduce the number of annual surgeries from 1,500 to 550 last year. The figure is starting to rise again now, Strada said.

“The nomination for the Academy Award, well, it’s maybe a good chance to get this centre better known internationally and hopefully to get support,” he said, adding that the hospital had no role in planning the documentary.

The film crew was already following the Rwandan children before their acceptance for surgery at Salam Centre, Strada said.

Now he is bracing himself for Hollywood and a few days of “PR activity, or whatever it’s called”.

But first, his teenage patient from South Darfur state is waiting. Rheumatic heart disease has damaged her aortic valve.

There is a smell of burning flesh as Strada and a second Italian surgeon cut into her chest to expose the beating heart.

The surgeons’ bloodied gloves poke into the cavity, preparing to stop her heart, which will be replaced by a machine while they change the valve.

Just over two hours later they have finished, successfully.

In another part of the hospital Zaenab Mousa, 35, lies in pyjamas recovering from the same type of surgery.

“I feel like I’m lucky that I came here,” the woman from rural Sudan says softly. “I hope the film will win.”