From Our Colleagues in Azerbaijan: Pulmonary Endarterctomy

I got an email from a colleague that has been a friend and supporter of Circuit Surfers for the past 6 years or so, Mr.Cuneyt iImamoglu.

I included a little extra information below the body of his article and wish to thank and compliment his team for their tremendous accomplishment! 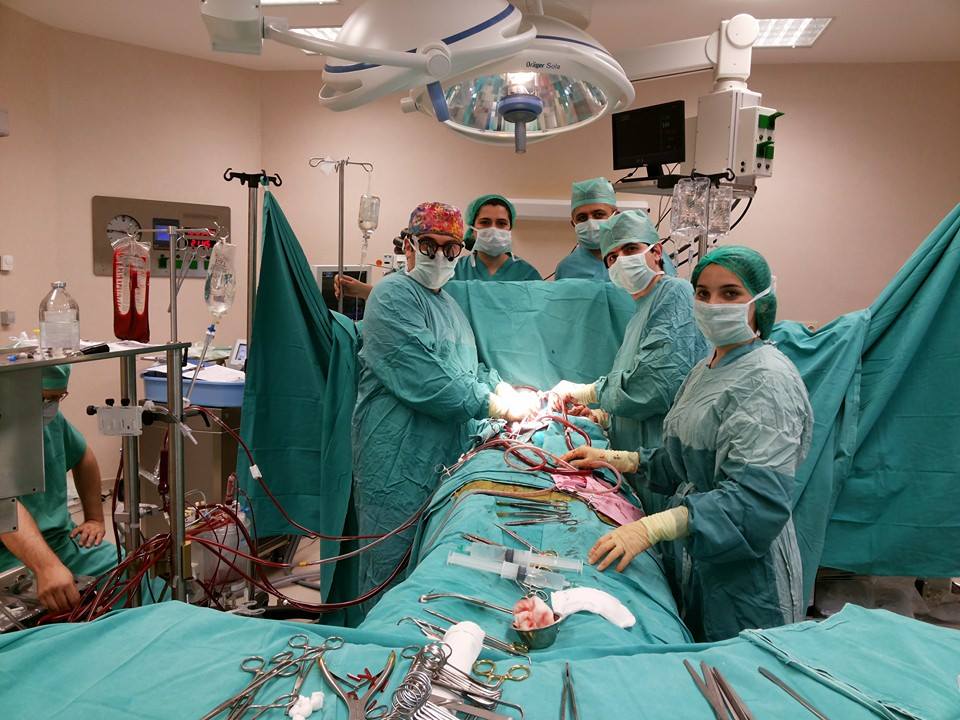 For the first time in Azerbaijan, blood circulation was stopped and a unique operation was performed in the vessels of the acaci.

Another unique operation was performed by the chief physician of the Central Clinical Hospital, cardiovascular surgeon, doctor of medical sciences Kamran Musayev and his team.

This operation, which is called endarterectomy of the lungs, was first carried out in our country. Successful implementation of this operation in our country, as well as by our local specialists, is one of the achievements of Azerbaijan’s health in recent years. 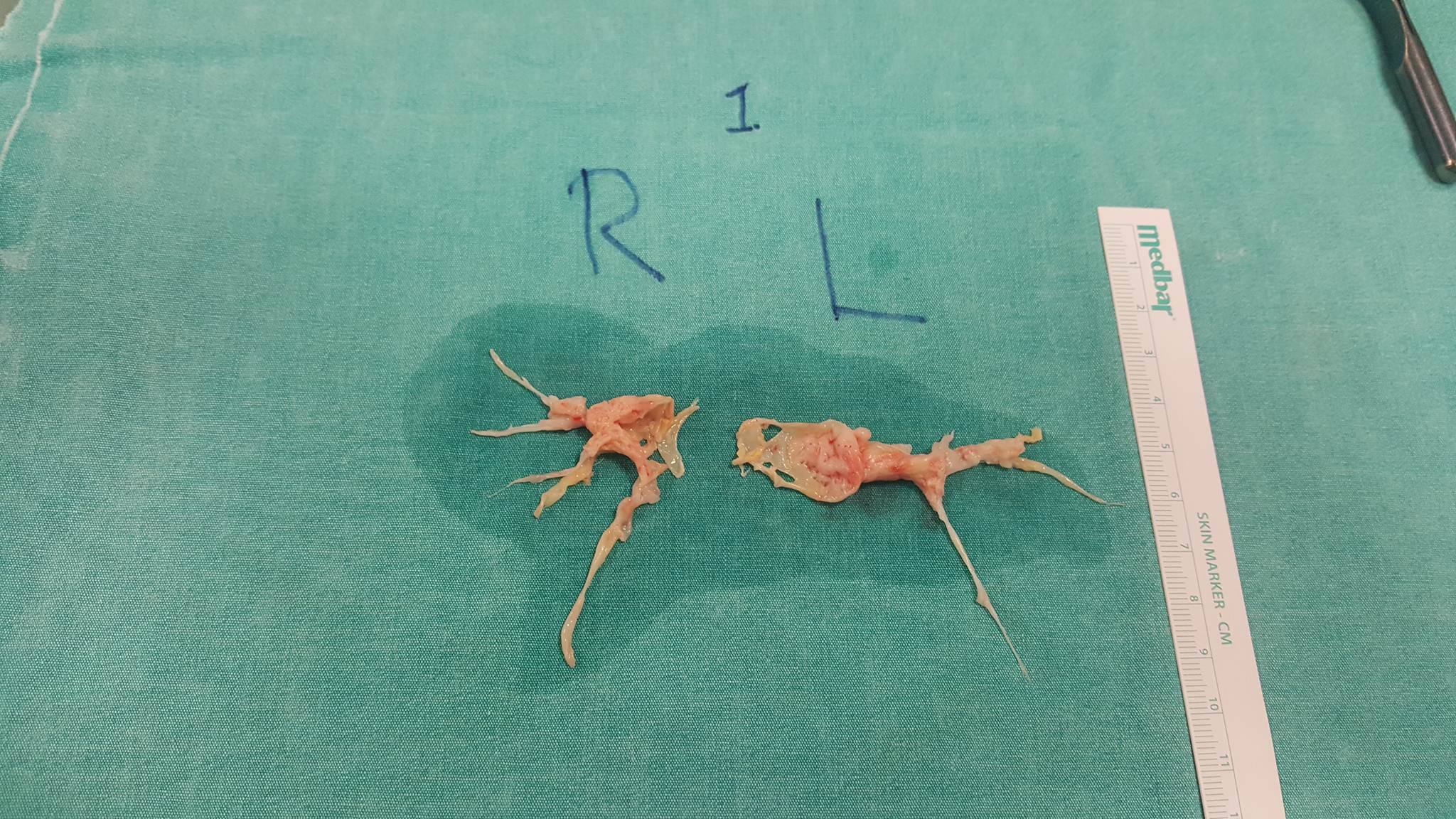 Describing the essence of this procedure, which is to eliminate thrombosis of lung vessels, which is very dangerous for human life, Kamran Musayev said that patients diagnosed with this disease had been treated with drugs so far, and 90% of them died within five years.

Informing the patient about the pre-operative treatment process, Dr. Kamran Musayev said that in today’s world practice, the only treatment pathway is surgical intervention, and that the patient’s blood circulation must be stopped completely.

“The thromboembolic tuberculosis in the lung arteries was performed by using special surgical instruments called” Tromboendarterectomy of the lung artery. “The operation is performed under deep hypothermia and the patient is cooled to 18o C. At this stage, blood circulation is stopped completely and the race begins with time. We had to complete this procedure in a timely manner, or we would have seriously damaged the patient and other vital organs, and we successfully completed this critical phase of the operation in 14 minutes, and one week after the operation, we wrote home with complete cure. “

Noting that they are proud to have successfully carried out this operation in a very few highly specialized, world-renowned centers, Kamran Musayev recommended that patients with thrombosis be more careful in their veins.

“Especially pregnant women, people with certain weight problems, people with certain blood diseases are at risk for this disease, all patients with thrombosis in the veins of the lungs should be very attentive, even after the thrombosis of the pelvic inflammation during pregnancy. Doctors should also remember this diagnosis, and all patients who need surgery in our country should be consulted. “

We are very pleased that you posted this on your blog

Chronic thromboembolic pulmonary hypertension (CTEPH) is an uncommon disease but an important one for several reasons – it is substantially under recognized, it may result in progressive and disabling symptoms, the natural history is progression to death, but there is a highly effective operation (Pulmonary Endarterectomy) that may abolish symptoms and reverse the unfavorable natural history.

Approximately 96% of patients who have had an acute pulmonary embolus will undergo spontaneous lysis with complete resolution.  A small proportion of patients who have a pulmonary embolus may still have reduced functional capacity and may even have measurable limitations in cardiopulmonary function, and of these patients a proportion will go on to develop chronic thromboembolic pulmonary hypertension. The process that underpins failure to lyse clots is abnormal thrombus, abnormal lytic mechanisms and in a small proportion of patients definable hypercoagulable disorders. The unlysed embolus lodges at a branch point in the pulmonary arteries and propagates down the branches and forms scar tissue that may result in bands and webs across the pulmonary artery or in some cases blind fibrous pouches. One of the features of the process is the opening of channels (called recanalization) through the obstructing thromboembolic disease and the importance of this is that the contrast material from a CT scan or nuclear medicine perfusion scan infiltrates through these channels and consequently the burden of thromboembolic disease maybe underappreciated on the imaging study. Because of the obstruction the blood pressure in the pulmonary arteries begins to rise and the consequence of this is that the very small vessels in the lung in areas that are unobstructed by thromboembolic disease begin to thicken, this process known as pulmonary vascular remodeling. This increases the resistance of blood flow and drives the pulmonary artery pressure higher. Therefore there are 2 processes that are involved in the CTEPH:

The other abnormality involving the small vessels of the lung is that there are multiple small connections formed between the small arteries and veins of the lung.

The prognosis of patients with CTEPH is directly related to the severity of the pulmonary hypertension (blood pressure in the lungs) and when the pulmonary artery pressure reaches the same level as the systemic blood pressure the patient has approximately 20% chance of surviving 2 years. CTEPH is a progressive condition.

Only 40-50% of patients with CTEPH give a history of having either a deep venous thrombosis or a pulmonary embolus in the past. From the time of the pulmonary embolus that fails to lyse there is a “honeymoon period” of months to years until symptoms develop. The initial symptoms are often very non-specific in nature which frequently contributes to the diagnostic delay experienced by most patients. The patient slowly develops progressive symptoms, often over years with effort shortness of breath and fatigue, cough and when the pulmonary artery pressure becomes very high, fainting. Fifty percent of patients with severe pulmonary hypertension may experience a non-specific type of chest pain or chest tightness. As the right ventricle fails, signs of right ventricular failure including swelling of the legs and accumulation of fluid in the abdominal cavity (known as ascites) will develop.

The VQ scan can distinguish between large and small vessel occlusive disease and is the best screening test for CTEPH. A normal scan rules out CTEPH. However the VQ scan may significantly underestimate the burden of vascular obstruction. The typical appearance of the VQ scan in CTEPH is large perfusion defects with normal ventilation.

The echocardiogram is a good screening test for pulmonary hypertension. In patients with longstanding CTEPH, the echocardiogram will invariably show a very adversely remodelled right ventricle that is dilated and poorly functioning and because of the high pressure that it is generating will compress the left ventricle. There may also be severe leakage of the tricuspid valve.

A CT scan is helpful for surgical decision making to detect larger areas of pulmonary infarction that may limit the degree of symptomatic benefit of pulmonary endarterectomy and would need to be factored into the decision making for the operation. Following confirmation of CTEPH the key imaging study for surgical decision making is a pulmonary angiogram. The pulmonary angiogram can be performed either as a formal study with a catheter in the pulmonary artery (heart catheterisation), by magnetic resonance or by CT and the choice depends very much on the experience of the CTEPH centre. The appearances are similar and they show webs, bands, filling defects, blind pouches, cut-off of vessels and areas of the lung with absent perfusion.

Given the magnitude of the operation an extensive evaluation is required to confirm that a patient has technically operable disease, that sufficient thromboembolic disease is present that if removed will benefit the patient both symptomatically and hemodynamically, that there are no other major dysfunctional organ systems that would preclude operation (liver and kidneys in particular in the context of CTEPH) and that the patient has sufficient physical reserves for the operation and post-operative course. It should be mentioned that patients with longstanding CTEPH with very high pulmonary artery pressure may have an extremely poorly performing right ventricle which could be regarded as unacceptable right ventricular function for a successful pulmonary endarterectomy. However there is no degree of right ventricular dysfunction that will contraindicate a pulmonary endarterectomy as after an effective operation right ventricular dysfunction will reverse extraordinarily rapidly.

Although some of the details of the operation may differ between experienced centres the principles remain the same. The operation is performed with a median sternotomy (an incision that is used for most heart surgery) and cardiopulmonary bypass (which is used for most heart surgery). The bronchial arteries (the arteries from the aorta which supply the airways of the lung) in CTEPH become dilated and carry considerably more blood than normal. These so called collateral vessels can carry so much extra blood to the pulmonary arteries that visualisation for the surgeon out in the pulmonary arteries would be totally obscured. For that reason the patient needs to be cooled to a low temperature (20 degrees C) and the heart/lung machine switched off (circulatory arrest). Protection of the brain and spinal cord is an important issue in this operation where circulatory arrest is used and there are number of strategies for neurological protection. One strategy that is commonly used is to use circulatory arrest for 20 minute intervals followed by reperfusion of the entire body for 10 minute intervals. Another strategy is to perfuse the brain continuously as visualisation permits. The pulmonary artery on each side is opened and the correct plane in the wall of the pulmonary artery established. The correct plane is within the middle layer of the arterial wall called the media and the dissection then proceeds into all of the branches and sub-branches of the pulmonary artery removing fibrous pouches, webs, bands and thrombus that is often found sitting on top of blind pouches. The pulmonary artery incisions are closed, cardio pulmonary bypass resumed, the patient re-warmed, and the patient separated from cardio pulmonary bypass. There are many nuances in the surgical decision making, performance of the operation and post-operative care and this operation is best performed in an experienced centre with a team approach from surgery, anesthesia, pulmonary medicine and intensive care.