Excerpts from: Heart Surgery in America: The Joshua Story

This book is NOW over 99% written and moving into the Editing Phase! 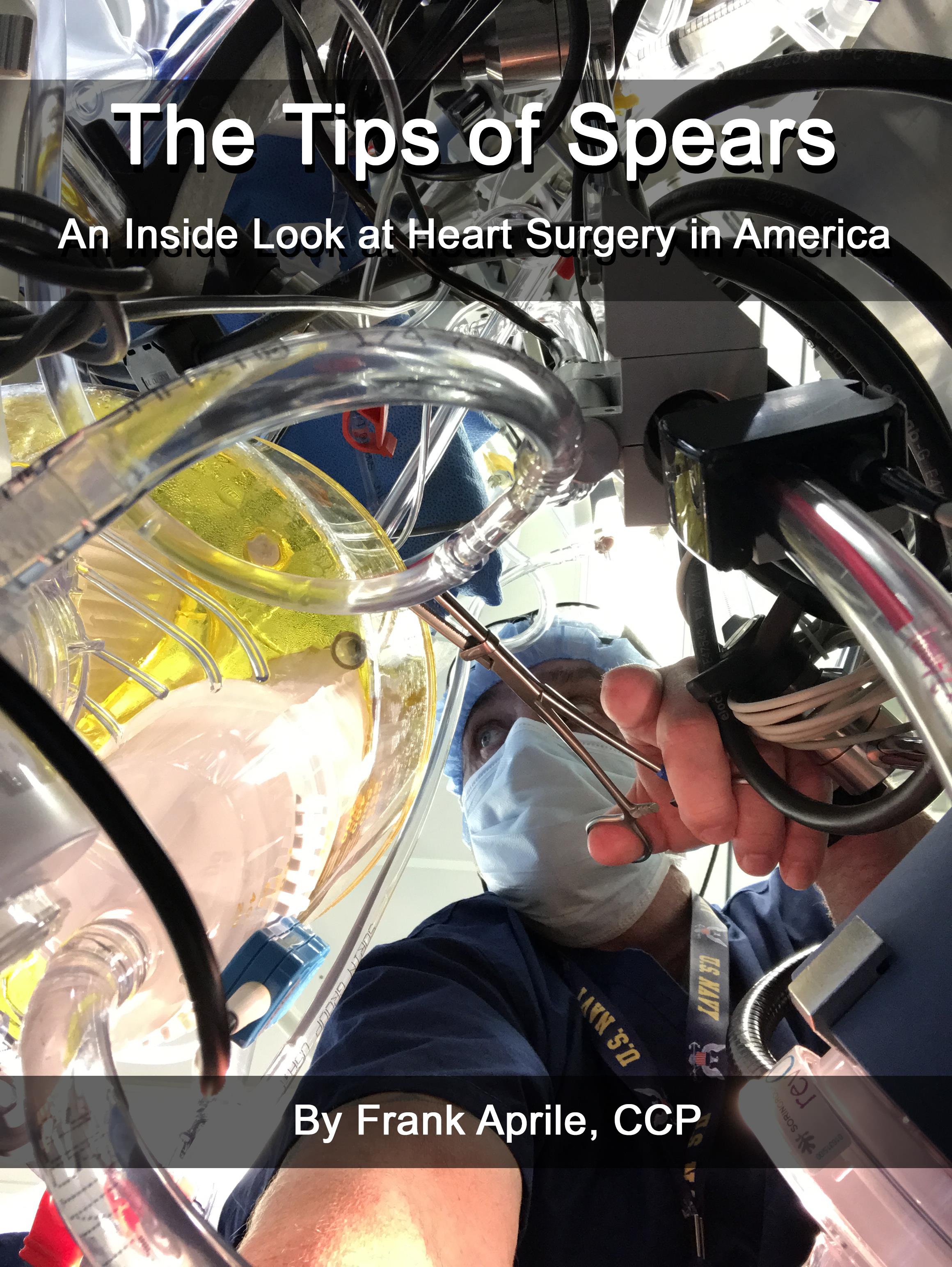 There is one unexpected outcome of putting a perfusion Blog out there.  I figured it to be a resource and a forum for commentary, but I never expected it to become part of a process.  A process that plays a substantial role in the lives of individuals who have undergone heart surgery, they are “off bypass” so to speak- but their lives continue, in part because of the role we play as perfusionists.  Ours is not a 9-5 job.  It is more like a pre- during- and post CPB type of mind set, but we rarely deal with the results and aftermath of our efforts.  So speaking of aftermaths, say “hello” to Joshua.

I was reading my online twitter account, and was shocked to see the following message directed to me:

Joshua has had a mechanical assist device in his body for several years now.  It is a Left Ventricular Assist Device (LVAD) designed to do for his body, what his heart can’t continue to do- keep it alive.  The point to be made is that the “Joshua’s out there continue their lives.  Not as we continue ours, but as recipients and awaiting recipients of medical interjection to salvage and maintain their lives.  I don’t know about you, but I have no clue what it’s like to worry about a battery failure that might kill me.  A mild infection that may lead to organ rejection, or any of the unanticipated day-to-day things in our lives that escape us- but become unexpected hazards for bridge-to-transplant patients, or any other patient on the edge of continuity.

I’m sure depending on a HeartMate II on a daily basis is a little more complicated then selecting some new form of body art.  I want to emphasize that this is the beginning of my story about how I got to this point of writing about Joshua.  The Johua story is something he may share in an interview, and has already shared on his magnificently inspiring, yet painful and gritty Blog Site.  It is hard for me to read and write about Joshua.  Knowing Joshua evokes an emotion similar to that now described by the word schadenfreude, which I choose to describe as “a state of sadness during happy times when one should feel joy”.  That pretty much sums up how I feel about this man who has shown such giant courage, happy and sad at the same time.

So I finally Visited his Blog , and it’s basically Iron Man meets the Silver Surfer (or in this case- Circuit Surfers).  How funny that I loved the Silver Surfer super hero as a kid- thought he was the coolest and beyond cool creation in the entire universe.  Screw Galactus, This  Surfer dude defined cosmic supremacy.  After reading his blog, I sent off a few interview requests (tweets) and wanted to get a conversation going.  This wasn’t about my blog- this was just to get an idea of what this man felt, and thought, and dreamed, being in a situation that so incredibly few of the billions of us could come close to.  I told him he looked like the character “Paulie” from the movie Rocky .  This was my introduction to a person who walks the walk.  Mr. Michael Joshua Morris, an LVAD survivor.

It is a brave thing you do Joshua, to go on and live when always on the edge of a cliff.  It takes courage to live, to go on.  Joshua set up a website, and a twitter account, and speaks to others’, giving them his insight and support as they go through the process of getting a mechanical implant.  And what was there to be gained in the process?  From my observation nothing, and yet everything in the same breath.

Joshua has spent a lot of time on a chopping block, helping others that just got there.  He has asked for nothing and yet he offers so much in terms of support and toughness to other people that require mechanical assistance to live.  What separates him from the rest of us?  Two milimeters of plaque in a major coronary artery, and bad luck to not recognize a silent MI.  But that doesn’t really tell the tale at all.  What truly makes a person like Joshua great is his heart.  Without it- he wouldn’t be here.

At first glance it’s a “victory”, a great story.  But who is it a great story for?  Certainly for Joshua who had the will to endure and survive.  It’s an excellent human interest piece.  Man survives, blah blah blah, incredible odds, woof woof woof, amazing recovery,  etc etc etc…

But what about tomorrow?  Or today for that fact?  What does Joshua do on those days?  How do you deal with people close to you that have written you off?  (Certainly not by intention- but as a protective mechanism for what they may see as an inevitable road block to life’s continuation.)

It’s water uncrossed at this point in my opinion.  None of us know.  So the next step is to a place unknown.  And that can be scary.  Fate awaits a transplant.  But that means a live heart and a dead brain.  Life awaits a transaction of compromise and rejuvenation.  It takes will to survive, but it’s heroic to be in the middle of the storm and still send out a lifeline to someone less strong or capable.  And from following Joshua, that’s pretty much what he does, take care of others.  Well it got my attention so I took a closer look.  We did an interview, and the interview was great, but had some missing pieces.  The primary one was how does the story end?  I personally don’t care for the after credits obit when I watch a movie.  I consider this man a friend- so I couldn’t just walk away from a guy in a canoe with a small leak in it- when paddling in 500 feet of deep rough lake waters.

The most significant contributions to the outcome of Mr. Joshua Morris is what he himself has implemented and dictates… That would be hope; he has definitely been a beacon for that.

If you have ever watched TV in the last three decades or so, you have probably encountered at one point or another, a show called Star Trek.  It’s basically a science fiction series detailing accounts of early human exploration into the vast universe, sometime in the near future.  During these explorations, mankind discovers alien species (of course) and one of these races call themselves “The Borg”. The Borg are a collection of species that have been turned into cybernetic organisms functioning as drones of the collective, or the hive. A pseudo-race, dwelling in the Star Trek universe, the Borg force other species into their collective and connect them to “the hive mind”; the act is called assimilation and entails violence, abductions, and injections of microscopic machines called nanoprobes. The Borg’s ultimate goal is “achieving perfection”.

Basically, part machine, part bioengineering, part of the original DNA.  Take home message on the objective?  Overcome a species’ inherent organic limitations.  So I finally visited his blog, and after introductions- he agreed to engage in an interview for my medical blog, CircuitSurfers.com.  For the time being, we are not “The Borg”, but with advances in medicine, we are getting there.