“Red cell transfusion rates for CPB patients are the highest and most variable amongst all surgical patients.” 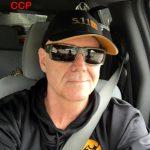 This discussion comes up so often, it borders on the ridiculous- because there has never really been any closure or academic consensus regarding transfusion thresholds- and the point at which we decide we are “going to have to pull the trigger”, avoid a stroke or major coagulopathy but at what implied cost to the patient (in terms of morbidity)?

We are all too familiar with the process of retrospective finger pointing, and the shrill investigation associated with bar graphs and spreadsheets that point in one’s general direction, waggin with a cautionary note-  that your transfusing too many patients, blah blah blah.

None of those pretty little charts take into account the multivariate factors that lead to the decision to transfuse.  Comparing two clinicians and their transfusion habits- is like comparing apples to oranges, and is a pointless argument.

With all that said- below is a very well written piece that is worth taking the time to read.

What Transfusion Trigger is Indicated?

Cardiac surgery is one of the most frequent surgical procedures, with over 300,000 procedures in the United States each year.  Anemia is frequent in these patients related to pre-existing conditions, bleeding and hemodilution during cardiopulmonary bypass (CPB).  Patients undergoing cardiac surgery receive a high proportion of red cell transfusions – approximately 14% to 20% of the entire blood supply is administered to cardiac surgical patients.  Although transfusion may potentially be beneficial, there is lack of clear evidence regarding its benefit.  In addition, it is costly and may also lead to considerable mortality and morbidity. Randomized controlled trials have been shown to reduce transfusion in critically ill patients because these patients can tolerate anemia.  However, the safety of restrictive triggers has not been clearly demonstrated and the results from other populations may not be applicable to patients undergoing cardiac surgery because moderate to severe anemia in cardiac surgery has been shown to be harmful. An expert panel of the National Heart Lung and Blood Institute (NHLBI) has declared that the comparison of liberal and restrictive transfusion strategies in patients undergoing cardiac surgery is one of the “top 10” clinical trials that “would most critically impact and significantly optimize the utilization of blood components”

The uncertainty regarding optimal red cell transfusion trigger is further highlighted by the following observations: 1) both anemia and transfusions are independent predictors of morbidity and mortality in cardiac surgery patients.  2) there are a large number of patients undergoing these procedures who are exposed to anemia and transfusion 3) unnecessary transfusions may be administered because of the lack of high quality evidence, and  4) current trials in cardiac surgery have so far all been underpowered to detect a clinically relevant difference in important outcomes.  In addition, red cell transfusion rates for these patients are the highest and most variable amongst all surgical patients. A study using the Society of Thoracic Surgeons (STS) Adult Surgery database of over 100,000 patients having isolated primary CABG reported red cell transfusion rates ranging from 7.8% to 92.8%.  Previous reports have shown that this variation is mostly attributable to individual physician practice and hospital policy, rather than to patient factors.  Since both anemia and transfusion are associated with adverse outcome, the proper decision regarding transfusion should be based on when the risks of anemia outweigh the risks of transfusion.

Acute anemia is associated with increased mortality.  This is most likely related to impaired oxygen delivery and tissue hypoxia. Since more than 99% of the blood oxygen content is transported on hemoglobin, severe anemia leads to inadequate tissue oxygen delivery, tissue hypoxia, organ failure, and death. Although there are reports of patients surviving very low hemoglobin levels, the mortality rate in acute anemia is directly related to the reduction in hemoglobin. In animals and humans, acute reduction in hemoglobin is sensed at the cellular level and leads to adaptive cardiovascular responses to optimize tissue oxygen delivery.

These responses include 1) increased cardiac output (CO) that is proportional to the degree of anemia; 2) reduced systemic vascular resistance with organ-specific vasodilation to facilitate preferential perfusion of vital organs, including the heart and brain; and 3) increased tissue oxygen extraction. In addition, anemia leads to activation of hypoxic cellular mechanisms which are directed at maintaining oxygen homeostasis and sustaining organism survival.

These mechanisms include neuronal nitric oxide synthase (nNOS), erythropoietin, and hypoxia inducible factor (HIF).  Under normal conditions the heart extracts approximately 60 to 70% of oxygen delivered.  Although other organs can increase oxygen extraction to compensate for reduced oxygen delivery; the only compensatory mechanism for the heart is increasing myocardial blood flow by coronary vasodilatation. This increased susceptibility to anemia may be accentuated when there is a limited capacity to increase blood flow such as in patients with coronary stenoses, myocardial hypertrophy, aortic valve disease or other circulatory abnormalities.  This is highlighted by the recent MINT trial in which patients with acute coronary syndrome who were randomized to a restrictive transfusion protocol (8.0 g/L or symptoms) had a higher mortality than those randomized to a more liberal strategy (10 g/L).  In addition, during cardiopulmonary bypass (CPB), the acute hemodilution that occurs has been shown to reduce oxygenation in the brain, heart, kidney, intestine, and muscle, although the threshold hemoglobin concentration below which inadequate oxygen delivery during CPB would occur has not been determined. Hemodilution during CPB has been associated with increased risk of stroke at hemoglobin concentrations less than 8.3 g/dL and renal insufficiency at hemoglobin levels less than 7.0 g/dL.  This may be accentuated by non-physiological non-pulsatile flow during CPB.

Mortality in transfused patients has been demonstrated to be higher than non-transfused in patients who are critically ill patients, have gastrointestinal hemorrhage, and who have cardiac surgery.  The increased mortality in observational studies is at least in part attributable to confounding by indication in that transfused patients are generally sicker than non-transfused patients.  Nonetheless, there are a number of complications related to transfusion that are associated with considerable morbidity and mortality. Non-infectious risks from transfusion such as TRALI are thought to occur more frequently in patients having cardiac surgery, perhaps because of increased systematic and pulmonary inflammation, and are associated with a high case fatality rate (5 to 13%)  Due to the volume of red cells transfused, pulmonary edema and fluid overload have also been shown to occur more frequently in patients with critical illness and cardiovascular disease who were transfused at a hemoglobin concentration of 10 g/dL compared to a hemoglobin concentration of 7 g/dL.  In addition, administrative errors resulting in hemolytic transfusion reactions can be life-threatening.  Unnecessary transfusions also have an impact on the care of patients. Although the risk of acquiring the human immune deficiency virus and hepatitis C virus is now very low (1:2,000,000 to 1:8,000,000), new emerging pathogens are a constant threat to the blood supply. Optimum utilization of blood components is important since there is a continuous strain on blood systems because of increased blood utilization and demographically driven decreased donations. Additionally, the cost of blood is increasing, so unnecessary transfusions result in increased resource utilization.

Current guidelines for transfusion are only helpful at the extremes of hemoglobin values.  For example, both the STS and ASA guidelines recommend transfusion of red blood cells when the hemoglobin is below 6.0 g/dL, and NOT transfusing when the hemoglobin exceeds 10 g/dL; between those triggers, the value of transfusion is variable and uncertain.  In addition, most guidelines readily acknowledge the lack of high quality evidence to support any transfusion recommendations.  Other physiologic triggers (such as symptoms, heart rate, Sv02, cerebral oximetry, ECG, lactate, metHb) have been suggested, but they have not been validated in sufficiently powered clinical comparison studies.

There are few randomized controlled studies of transfusion triggers in cardiac surgery.  Overall these studies have not been adequately powered to detect a difference in adverse events in cardiac surgery, and the majority did not address intraoperative hemoglobin thresholds.  There are three ongoing or recently completed trials examining hemoglobin concentrations for transfusion in this patient population. One trial randomized patients only in the postoperative period (TITRe-2 ISRCTN70923932; n=2000) and thus is missing the intraoperative period when anemia has been shown to lead to increased morbidity and mortality The second trial (NCT00651573)  is randomizing a heterogeneous population including several who are unlikely to receive a transfusion.  The third trial (TRICS III  NCT02042898; n~3600) is a global RCT comparing a restrictive vs liberal transfusion strategy in moderate to high risk patients during and after cardiac surgery with CPB.  The primary outcome is a composite of death MI, stroke and renal failure.  Enrollment has just begun.