And Then Comes Sunday …

(To view the entire “Day In The Life” series Click Here) 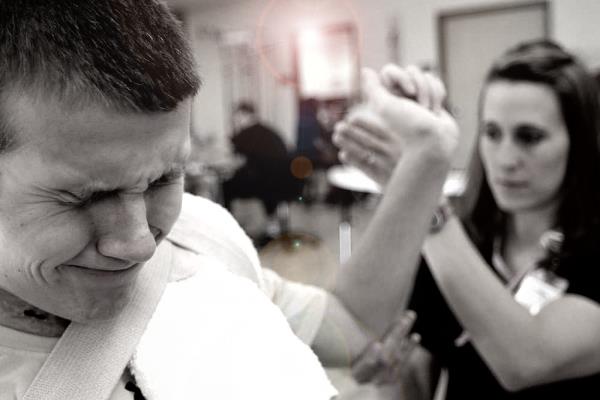 Jesse Shipman struggles to do a stretch during a therapy session with occupational therapist Megan Taylor at TrustPoint Hospital in Lubbock, Texas Tuesday, June 12, 2011.

To view the entire “Day In The Life” series Click Here

The End and a new beginning

This is the culmination of Jessie’s story.  His life is a new chapter now, and it validates everything that we do when we see outcomes as special as this.

I love being a perfusionist.  For all it’s heart aches, this is what it is all about.

The story below is courtesy of  The Avalanche Journal, Lubbock, Texas. 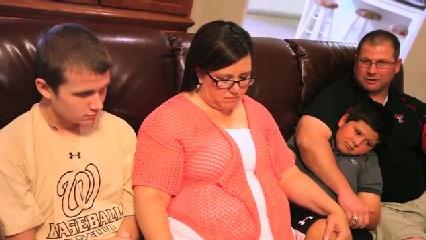 (Click Image Above to View Video & Link to Article)

Mike Shipman looked at his 15-year-old son Jesse, unconscious in the hospital bed.

“Is he going to die?” Mike asked the doctor.

Roughly a month later, Jesse left the hospital a little thinner, a little sore, but the same old stubborn, wisecracking teenager his parents and his little brother, Justin, knew and loved.

Jesse’s body nearly succumbed to a virus, leaving his heart struggling to function. His organs failed. The condition baffled physicians.

He spent days on a heart-lung machine. Physicians operated.

And suddenly everything changed.

Jesse recovered in mere hours when other patients would have taken weeks.

Tears welled in the police officer’s eyes as he watched his son walk through the hospital room, a few weeks later.

“I don’t think I could be as brave as Jesse was. He’s the bravest person I’ve ever met.”

For the past couple of days, the youth had felt dehydrated, dizzy and feverish.

A physician had checked him out. And in the emergency room at the University Medical Center, they diagnosed Jesse with mononucleosis.

But this was Sunday, May 15. Jesse had returned.

Doctors helped him into a hospital bed.

Mike and his wife, Jenni, struggled, watching their son – this freshman who had earned his way onto the varsity football team – this, their son hurt, and not from the ministrations of the hospital staff.

Physicians placed him in the Intensive Care Unit. They told Jesse he was very sick and needed a machine to breathe for him as they intubated him.

Physicians didn’t know what made Jesse sick. They could see him struggle.

Throughout the night, the youth’s vital organs – those that had sustained him through endless workouts and football games in the Texas heat – struggled to perform basic functions.

As the sun rose, his strong heart began to fail. 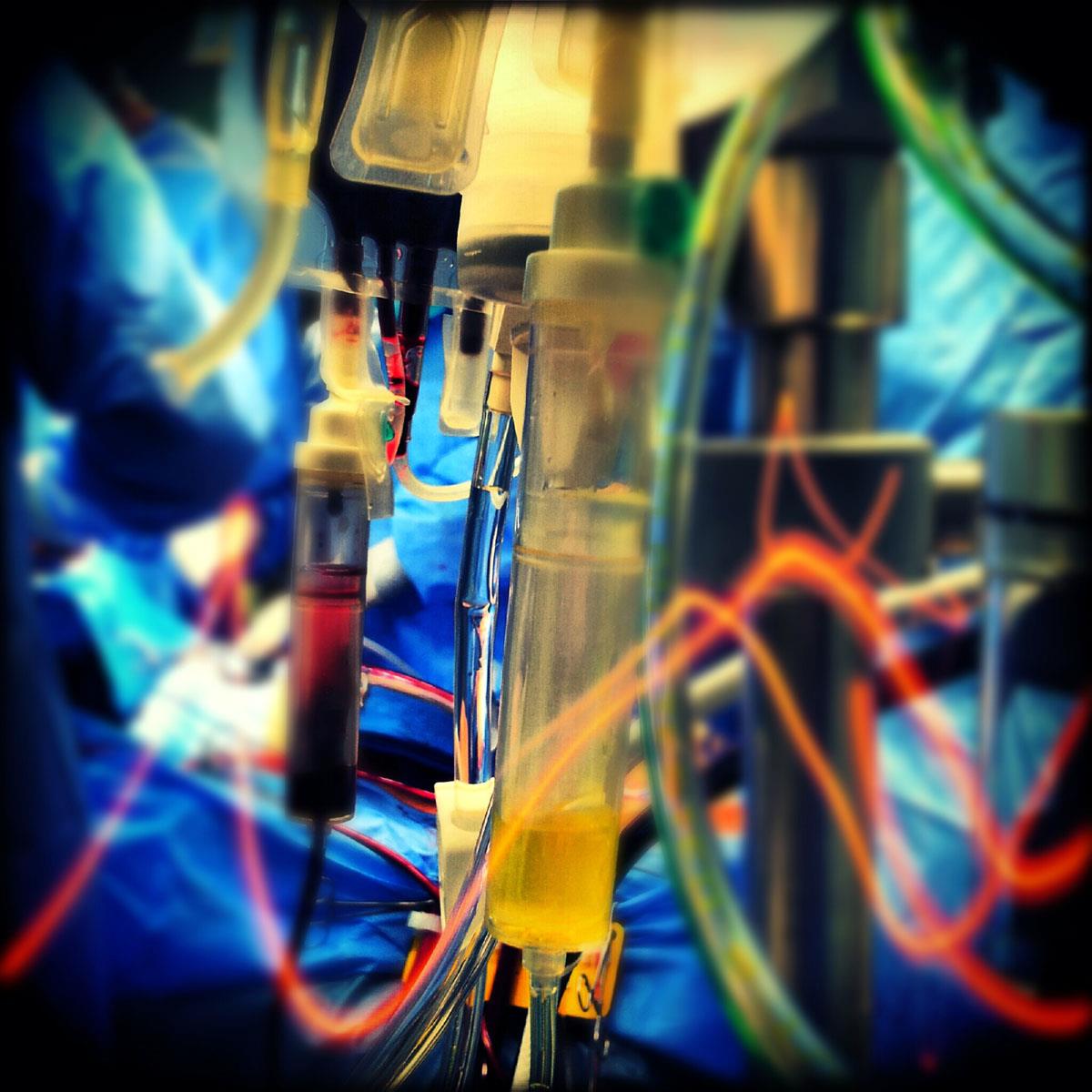 The extracoporeal membrane oxygenation machine, commonly known as ECMO, acts as an artificial lung outside the body. It pumps oxygen into the patient’s blood.

But UMC had a machine only for infants and toddlers, not a growing 15-year-old.

Seven minutes away, near Fourth Street and Indiana Avenue, Covenant Health System had the machine that might save Jesse’s life.

Physicians warned Mike and Jenni their son might not survive the drive.

Do whatever you have to do to save him, they insisted.

Dr. James Harrell, a Covenant pediatric cardiovascular thoracic surgeon, and Dr. Susan Haefner, a specialist in pediatric critical care, explained to Mike and Jenni their son had a 50-50 chance of survival even with the ECMO machine’s assistance.

Even then, if he lived, Jesse might not be the same. This gifted athlete with trophies lined up in his bedroom might never walk again. The brother who teased, but loved Justin, might not recognize his younger brother’s face.

Yet, once on the ECMO machine, Jesse’s body began to fight back.

The team inserted a tube in Jesse’s shoulder and another one in his groin. They made a hole between the left and right chambers of the heart, so the muscle could decompress.

But it marked a turning point for Jesse.

Mike began to believe his son might fall in the 50 percent category of those who would recover.

Physicians began to wean Jesse off the ECMO. Originally they anticipated the youth would stay attached to the machine for about three weeks. He came off after four days.

“He did remarkably well,” Haefner said.

As ICU nurse Macy Burdett tended to Jesse, he grabbed her hand so hard, he almost broke it.

Excited, she ran to the waiting room to tell Mike and Jenni. For the first time in weeks, their son had awakened.

For days, Jesse floated in and out of consciousness, sometimes even hallucinating.

Some time passed before he grasped what had happened.

The next day he stood again. This time he walked.

Nurses gathered in the hallway and watched as Jesse walked 26 feet. The nurses danced with joy.

“We were like his cheerleading squad,” said Meghan Oldham, a charge nurse.

Mike and Jenni were glad to see their son healing, but feared the illness and treatment would have some lasting effects.

A meeting between Jesse and a speech pathologist calmed their fears.

“Do you have any siblings?” The speech pathologist asked.

“Yes, I have an annoying little brother,” Jesse said.

Mike and Jenni recognized the teasing as a good sign.

“Do you have any questions for me?” The young female speech pathologist asked.

Their son had returned.

Doctors will never know exactly what was wrong with Jesse.

Jesse had mono, but he also suffered a second infection that proved far more deadly.

Doctors believe he had a form of cellulitis, a bacterial or viral infection in a small cut or opening in his skin, causing septic shock.

The infection attacked his heart, causing it to fail, Dr. Haefner explained.

Cellulitis, according to the Mayo Clinic, is most common on the lower leg, but can occur anywhere on the body. Even areas of dry skin can provide an entry point for the bacteria.

The septic shock released toxins with the potential to destroy any tissue or organ.

In Jesse’s case, the bacteria chose his heart.

Because of the number of physicians who treated Jesse and the many different kinds of medication administered to him, physicians likely will never determine what exactly ailed the teenager.

By the time medical workers collected blood, urine and mucus cultures, his body had begun destroying the virus, Haefner explained.

But the doctors all agree on one thing: Without the ECMO machine, Jesse would have died.

Justin wrestled with two floating garbage bags full of helium-inflated balloons in the backseat as his family drove away from the hospital.

After nearly a month, Jesse was coming home.

Inside the house, Justin ran and hugged his big brother.

“Hey! Be careful!” Jenni shouted as the hug turned into a tackle.

“The most important thing is that he gets to go home and fight with his brother,” the father had said days before.

He weighed 175 pounds when he entered the hospital. Now he weighed 151.

Jesse, Justin and Mike sat around the living room and tossed a small red ball.

“You’re a lot better than you were when you first started rehab,” Justin said.

Jesse had spent less than a week in in-patient rehabilitation, impressing the physical therapists at every opportunity.

Some questioned the charts. They didn’t believe a youth whose body had endured what Jesse’s had, could accomplish what the teenager did in physical therapy. Some were moved to tears, knowing they had witnessed a miracle.

Jesse is still getting used to the idea of being a miracle patient.

Coming so close to death affected the way Jesse lives his life.

After weeks spent in the hospital, he is grateful for his own bed, even more grateful for the friends who made him posters and for the family who spent so many days and nights at his bedside.

“It really has changed me,” he said.

It changed them all.