A Question from Japan [ 7 ] Why Do You Use Albumin? 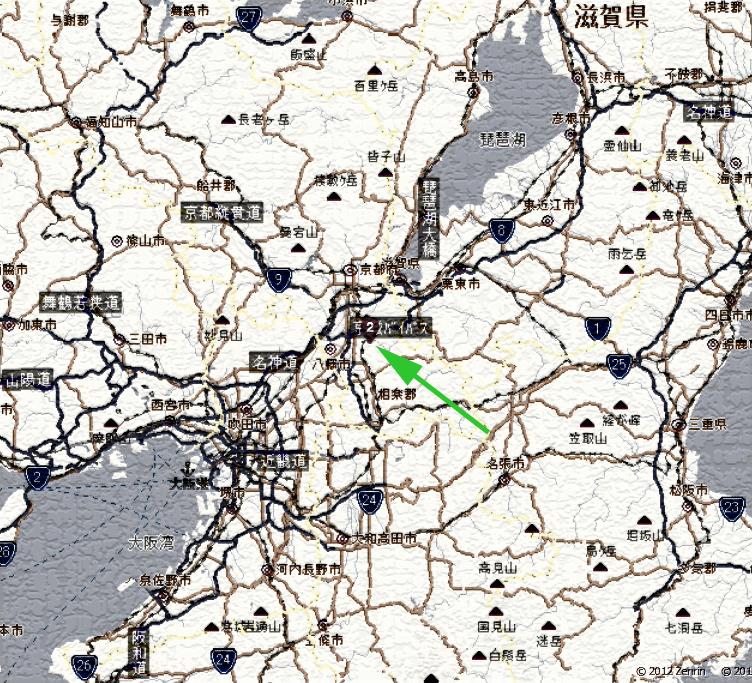 Once again, just checking early morning news and chatter on Facebook, and another interesting discussion rears it’s head.  This discussion can be found on the FB group Gruppo dei Perfusionisti!!!  founded by Giuseppe Salerno an Italian perfusionist that I have worked with on several projects and consider a colleague AND a friend.

I highly recommend this site:

As a perfusionist, this site is a rewarding and refreshing collection of intrepid souls- exploring both perfusion and other aspects of the good life…

This thread was started by one of our Japanese colleagues, Hiroyuki Kuromitsu (Hiro)

Do you use albumin into a priming solution with adult and pediatric cases?

If you use a albumin why do you use? for avoiding Edema? 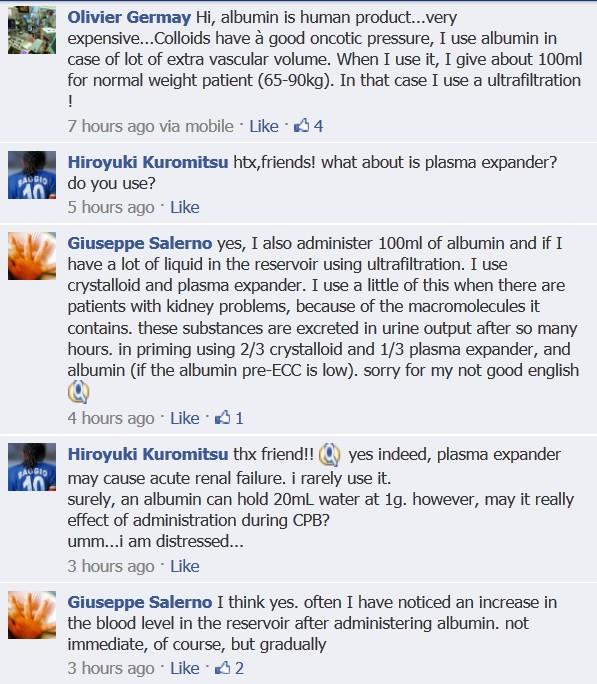 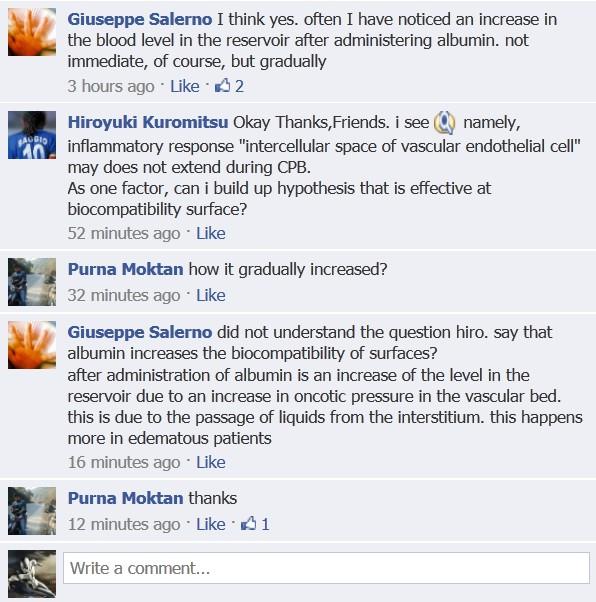 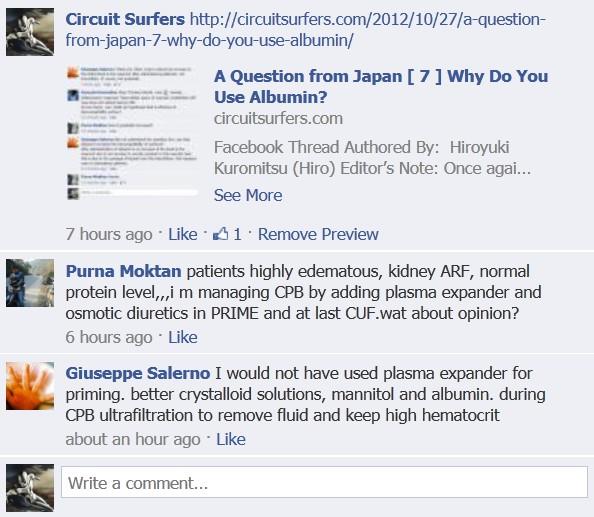 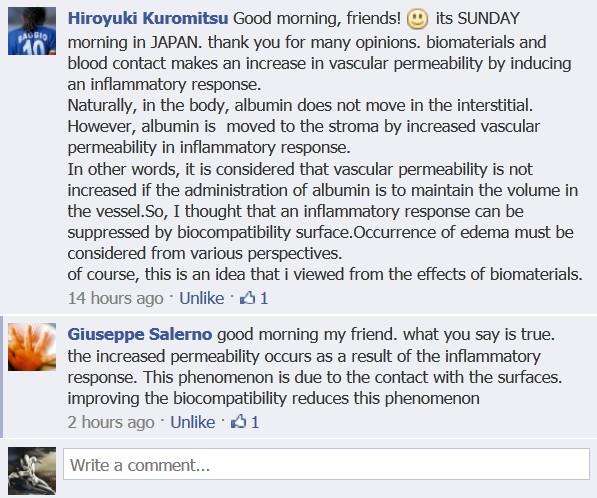 If you add albumin late i.e after the first 30 minutes of CPB it wont be effective, it should be added after division of AV loop de-airing before start of CPB, from the nonfiltered port of the reservoir and single pass through the circuit upto art. Filter, other option is on CPB through oxygenator blood sampling/purge line in to the venous inlet.

I do agree with Mr.Hiroyuki, about its use in edematous pts, it’s no more remains in intravascular space and might further permote edema formation. At later stages of CPB, it advisable to use ultrafiltration and diuretics rather then albumin addition.

Availability, cost and risk of infection are the issues related to its use. Thankyou.

Any Comments or Opinions  ?