A Locum’s ScrapBook: Sometimes… The Bear Gets YOU…

“The simple fact that a centrifugal hand-crank is in the room, does not at all satisfy the “yes” box in the checklist” 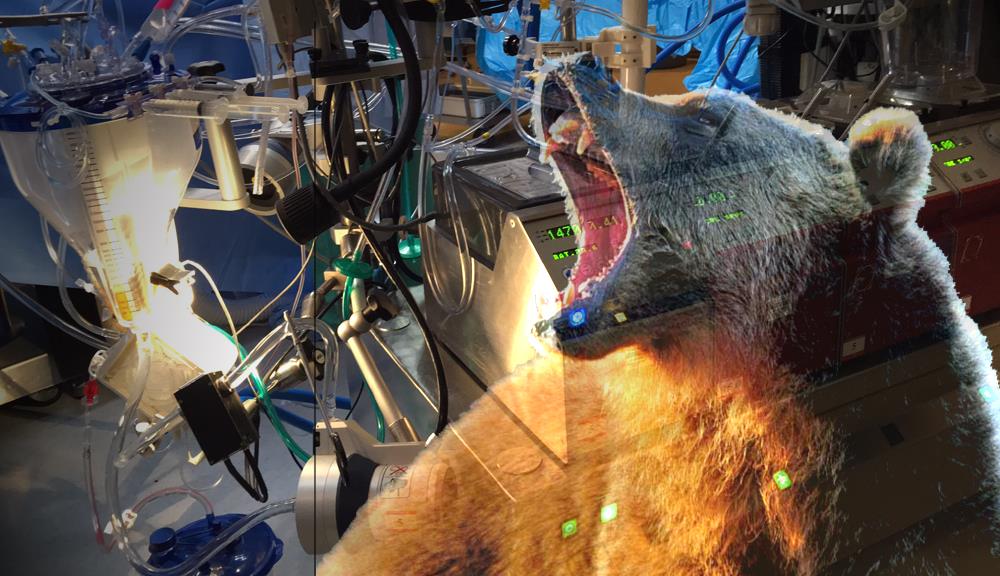 Just when you get to the comfort zone of thinking “you are pretty good”?

You find out you’re pretty NOT!

But don’t get knocked down and NOT get back up.  Shit happens, and it happens to all of us.

Sometimes… The Bear Gets YOU… 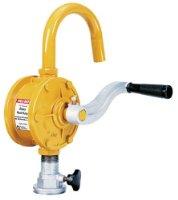 As in everything in life, we all have our fears and potential nightmare scenarios that we try to game play (or prepare for) ahead of time, in case you encounter them.

Most of the time, when getting to a new or unfamiliar place, the first things I look at, are what to do if the pump stops, power loss situations, and I evaluate the feasibility of the backup plans currently in place.  Most of the time, it is a simple look at the pump configuration (obviously substantially different concepts ie; roller head versus centrifugal), to see if hand-cranking a dead arterial pump-head is even physically viable.

The simple fact that a centrifugal hand-crank is in the room, does not at all satisfy the “yes” box requirement in the checklist (roller heads are not as subject to this constraint for obvious reasons).  I have been in several places, where the circuit had been so “miniaturized”, that getting a centrifugal hand-crank positioned so that you could actually employ it- was physically impossible.

So on this first day back at a place I have done hearts at before, I  find myself showing up super early just to make sure my ducks were in a row, and to shake off the rust (this place pretty much rocks it- when it comes to degree of difficulty).  Im working with a pump that although I have used it before, it has been only recently and less than 1/10th of 1% of my total career caseload.  Not super comfortable, but with repetition, that feeling of unfamiliarity gets diluted a bit.  That was one of the reasons I chose to show up a couple hours early…  That, and to refamiliarize myself with the OR and monitoring setups, etc.

You ever notice when you are using a piece of electronic equipment, a flicker here and then, something that nudges the intuition and gut instinct side of your brain, a flicker that creates unease but you don’t know why?

Well that describes booting up the pump this morning, noticing a subtle “Batt” message on the centrifugal LED, but kinda NOT noticing it as well.

Well even the most clueless of us would put a loose connection to a message that says “Batt” and the device that the message is on- right?

Nope!  It was a small message, it either disappeared or I made it disappear thinking it was just part of this particular pump’s bootup process, or since there was no other visual or audio alert associated with it- I made it disappear as an issue for me.  The funny thing is?  Two of my colleagues had come in and checked on things (first day back stuff) and neither of them clued into it either.  So this was not some blaring or glaringly obvious setup/pump deficiency thing.  It was pretty subtle.

Well missing the cues was a mistake- with a pump run of less than 70 minutes or so- and a battery life of slightly less than that.  I’m pretty sure that had I not showed up so early, and primed the pump two hours before engaging in CPB- that battery would have lasted, and I would still be clueless.

I will say, that the company that makes these pumps, at least made sure that the pump generates a loud steady beep- when the pump stops or shuts down, because the main power switch to the centrifugal head was inadvertently turned off by whoever used the pump last.  And it really doesn’t matter that it was turned off- what made the difference was that I didn’t have enough experience with the pump to notice the difference.

Blah blah blah… On pump and all of a sudden people are asking each other what that strange beep is?  I’m looking for the source- it’s not well localized but it’s in my vicinity.

We thought it might have been an outside alarm in the hallway behind me.  Anesthesia swore it wasn’t theirs, and the surgeon said it was originating from somewhere behind him (which happens to be where I live).  I start to hone in on it- yeah it’s on the pump somewhere- when the surgeon notices that the aorta is collapsed, and empty, and the pressure had seriously dropped, which made me look at my reservoir (which was now full) and then at the centrifugal pump (which was not centrifuging) and the lights to the arterial pump console are OFF!

I reboot the pump- it kicks in for a second, and off again.  We call for help, I look for the hand-crank- and see it’s not where I could get to it easily (so much for THAT part of the checklist) and help arrives and it’s just a matter of turning on a power switch.

Simple, Scary, and Stupid are words that when used in the same sentence would be considered in literary terms as “alliteration”.  But today, they basically sum up the totality of this very avoidable event.

No issues, patient did better than I did, and all is well?

Kinda.  Humiliating but a good kick in the rear- to never get complacent, and assume bad things won’t happen because you are THAT good, or you’ve done it THAT long.

I read the entire pump manual the next day.  It won’t say it would have prevented this, but at least I read it and know the pump  a little better now.